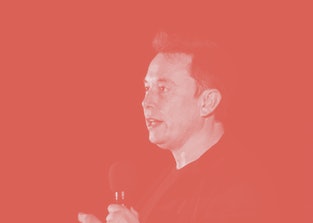 The number of janitors and bus drivers Tesla has laid off amid COVID-19.

Bus drivers and janitors at Elon Musk's company have detailed the misery they're enduring since Tesla laid them off a few weeks ago, according to a report by Motherboard. Unlike Google and Facebook, which have both said they'll keep their workers on their payrolls while COVID-19 persists, Tesla laid off janitors and bus drivers as the coronavirus spread in the U.S.

The vice president of SEIU-United Service Workers West, Dianne Solis, told Motherboard, "Early on we had most tech giants, Google, Facebook, Cisco, Apple, Microsoft, all committed to keep workers on or offering continued pay and benefits in the case of layoffs. We were hoping Tesla would follow suit but they are an outlier."

Ex-workers suffer dire conditions — One of the laid-off janitors, Esther Garcia Servin, who previously swept floors at the Tesla Fremont factory, told Motherboard that she is struggling to pay for basic needs like food and medical bills. Another laid-off worker, Marciela Betancourt, told Motherboard that shortly before she was laid off, she was making only $13.50 per hour as a janitor. Now, without any work, Betancourt relies on meals from her local church. She says she doesn't know how to pay for her healthcare.

This is having a devastating effect on workers, who are low wage workers and not seen. They’re subcontracted and that’s the way Tesla tries to remove any responsibility. Many of these workers have chronic conditions like diabetes and don’t have healthcare. There are no other jobs out there right now, and these workers don’t know how they’ll pay May rent or put food on the table.

The problem with Musk's COVID-19 response — Shortly before official lockdown orders took effect across the United States, Musk took to Twitter in typical fashion and mocked the public concern around the deadly pandemic as "dumb." Around the same time, Musk tweeted opinions such as "danger of panic still far exceeds danger of corona [in my opinion]. If we over-allocate medical resources to corona, it will come at expense of treating other illnesses."

Even with repeated calls to temporarily shut down Tesla storefronts, factories, and other business units to reduce the physical spread of the coronavirus, Musk chose to keep his factories open. It was only after a considerable deal of public criticism and outrage that Tesla halted operations at its Californian factories. In efforts to undo the damage, Musk publicly vowed to send ventilators to overwhelmed hospitals. That claim, too, was riddled with inconsistencies.

Given his nonchalance, espousing of medically unsound opinions, the flip-flopping over desperately needed ventilators, and terminating contracts with bus drivers and janitors, people seem to have little faith left in Musk. It's evident when you hear what his laid-off workers say. "I feel discriminated against," Garcia Servin told Motherboard. "Tesla needs to have more of a conscience."