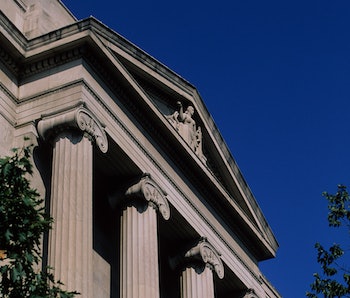 The Department of Justice (DOJ) is reportedly looking into bringing an explosive federal lawsuit against Google, according to three insiders that spoke with Reuters on Tuesday.

Sources say that the DOJ might sue Google as soon as next week as it accuses the company of allegedly disadvantaging Bing by placing data-based barriers on user information and preferences. According to the report, various state attorneys general are considering signing on to the lawsuit. This isn't the first time that Google has faced scathing accusations of unfair commercial dominance.

This is inevitable — For years now, data analysts and monopoly watchdogs have accused Google of unfairly dominating the data economy. In 2015, the Harvard Business Review published a report describing Google's search engine as a threat to the digital economy and implored federal government regulators to question the company's power status which appeared to prevent rivals from competing in the market.

While it is true that Google revolutionized the search market in the 1990s, it has a significant amount of control over search algorithms and has even compelled titans like Apple to reportedly work on parallel engines. As the Reuters report notes, the DOJ is especially interested in highlighting and possibly exposing Google's search advertising methodology when it comes to placing words in the search field, seeing what those terms yield, and how they affect ad sales.

In response to these accusations of monopolistic behavior and unfair competition, Google has repeatedly denied any wrongdoing. It has repeatedly positioned itself as fairly competing against the likes of Oracle, Verizon, Bing, and others.

It's getting heated — If the DOJ goes forward with this federal lawsuit, it will be the first of its kind and could rattle Silicon Valley insiders who frequently and rather unabashedly view themselves beyond the purview of federal inspection and market accountability. Ultimately, the DOJ's potential battle against Google comes down to data-based barriers in the search market. Microsoft's Bing (which has its own hellish problems) entered the arena shortly after Google but it continues to lag behind the giant decades later. Critics say that the delay in catching up has to do with Google's data monopoly, which hurts big and small companies, and makes it all but impossible for new entrants to compete.

If the DOJ is successful in legally lampooning Google, we might see a digital version of the Sherman Antitrust Act of 1890, which declared monopolistic business strategies fully and completely illegal, but which doesn't work for contemporary services because it's key measure is the cost to consumers... in the case of Google, social networks and the like, the monetary cost is often zero. But that doesn't mean there aren't other costs, or that the landscape remains fair even if consumers aren't paying for any of the big players in it.