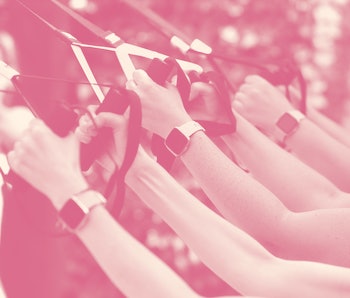 Google’s $2.1 billion Fitbit acquisition is likely to face an antitrust probe from the EU beginning next week, according to sources familiar with the matter. Reuters reports that the European Commission plans to launch a full-scale investigation into the buyout as soon as next week.

The news comes at a time when there's already growing scrutiny of antitrust issues. Google, along with its big-tech peers, Amazon, Facebook, and Apple, all had their CEOs grilled this week as part of a wide-reaching Congressional antitrust hearing. These companies’ immense ability to obliterate their competition — or, if that’s not possible, to simply buy it — is finally being analyzed in detail.

The Fitbit acquisition is a study in data management; Fitbit’s databases contain enormous amounts of health data, and now Google has access to it. The EU’s antitrust probe will be a good measure of whether or not government entities believe controlling this much data should be allowed.

Google’s already in damage control mode — Google knew this was coming. The tech giant has been playing defense since the deal was initially announced in November 2019. Back then, politicians and privacy advocates alike raised concerns over the data-sharing the deal would entail. Rep. David Cicilline, chair of the House antitrust committee, said at the time that the deal “would threaten to give Google yet another way to surveil users and entrench its monopoly power online.”

In response to these concerns, Google has made promises to never use Fitbit health data to “further enhance its search advantage.” The company has also pledged to grant third parties equal access to that health data.

Google’s take — Google has declined to comment on the matter, though the company referred to its most recent statement, where it tried to maneuver the conversation to focus on devices, not data.

“The wearables space is crowded, and we believe the combination of Google and Fitbit’s hardware efforts will increase competition in the sector, benefiting consumers and making the next generation of devices better and more affordable. We appreciate the opportunity to work with the European Commission on an approach that safeguards consumers’ expectations that Fitbit device data won’t be used for advertising,” the company said in an official statement.

Let’s set some precedents — The European Commission doesn’t believe Google’s concessions go far enough. EU officials are calling for more concrete assurances that Google won’t use Fitbit's data in unsavory ways, including selling it for advertising purposes or using it to create even more detailed records on its users who also use products in Fitbit's ecosystem.

Google's ever-growing collection of data worries antitrust regulators, and it ought to. Sundar Pichai, the company’s CEO, faced intense (and at times, racist) questioning about that very issue at yesterday’s congressional antitrust hearing.

The European Commission’s investigation — along with the wider ongoing one in the U.S. — will set important precedents for data-collection policies moving forward. Let’s hope those in power manage to make the right calls this time.