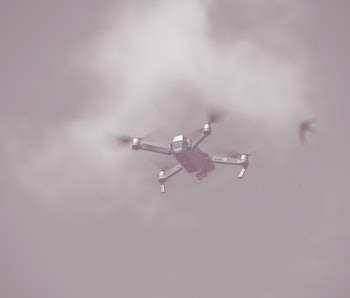 Back in January, locals in Colorado and Nebraska reported that they saw unmanned aerial vehicles buzz through the skies. Those to report these sightings included police officers and eventually military members also claimed to have witnessed a large drone accompanied with a fleet of smaller drones. It was, and still is, so unusual that news outlets in other cities and states picked up on the development while officials scratched their heads and wondered where these drones came from.

The mystery seems to be very much alive, much to the credit of Douglas Johnson of the Scientific Coalition for UAP Studies. As it turns out, according to The Drive, Johnson used the Freedom of Information Act (FOIA) route to better understand where on Earth (or rather, in air) that swarm of drones came from last winter.

The researcher took advantage of a chunk of Federal Aviation Administration (FAA) documents to find out who issued the fleet of mysterious drones. The FAA documents note that while it couldn't locate the source, it did confirm that "there is high confidence these are not covert military activities." In other words, things just got even weirder.

What did locals see? — According to the FAA documents, locals reported that they saw a "grid" of drones cover the skies and remain airborne for "several" hours. The buzzing and whirring of the machines lasted for a while as they soared at 200 to 300 feet. Some said that there seemed to be a "mother ship" — a much larger drone — hovering above smaller ones.

Some telling insight from Johnson — The FAA's conclusion that the United States military was not involved in the drone mystery does help narrow down potential sources. But the investigation is far from over. According to The Drive, the FAA has withheld certain documents, citing FOIA exemptions. Johnson told The Drive, "Once the aerial activity stopped, it appears that both federal and state agencies quickly dropped the matter; I have not yet seen any evidence of a continuing federal investigation, although there are many documents still not released."

People are still guessing — Initially, the running theory behind the mystery drone swarm was that an industry player was inspecting the skies for a routine takeoff. But the problem with that hypothesis is that aerial inspections require the approval and permission of local authorities. In Colorado's case, the state appears to be entirely unaware of the origin.

Whatever the source is, it's clear that Nebraska and Colorado underwent an unspecified unmanned aircraft system operation during the winter. And it's undeniably troubling that federal agencies are unable to answer a simple question: "Who did it?"