The FBI is investigating robocalls that told voters to 'stay home' 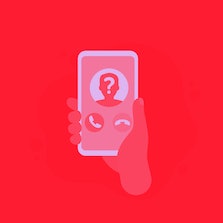 The number of robocalls that targeted voters in “swing states,” and counting.

The Federal Bureau of Investigation is looking into reports of millions of robocalls made to people in the United States on November 3 possibly intended to keep voters from going to the polls, according to the anti-robocall firm TelTech and ProPublica. In total, the firm reports that more than 3 million calls were made with the message "stay safe and stay home." Critically, at least 800,000 robocalls were made to people in presidential swing states, though the actual number is likely much higher.

Broken down, the report indicates 798,000 calls were made to numbers in Texas, 534,000 targeted Florida, over 93,000 numbers in Pennsylvania were reached, 89,000 numbers in Michigan, and 60,000 in North Carolina. Authorities are probing the matter over potential voter suppression tactics, though so far neither the FBI nor anti-robocall security analysts can point out who was behind the misleading message.

Ongoing investigation — At this moment, analysts have yet to provide a quantified assessment of how effective these robocalls were in persuading people to stay home. The good news is that it may not have significantly affected the voting outcome as millions of people in the United States have cast their vote by mail due to the COVID-19 pandemic and existing social distancing as well as quarantining guidelines from officials.

Still, the robocalls have sparked concern among voters. A non-profit worker in New York told ProPublica that she received a call from a Los Angeles area code in the last week urging her to stay home. "Because it talks about safety, I thought, is this about COVID? But it doesn’t actually say anything about COVID," Mariah Montgomery told the outlet. "It did seem potentially like voter disinformation or suppression, given the timing." An official with the Department of Homeland Security noted that misleading robocalls like that are common during election season. "Be mindful of people that are trying to intimidate you," the senior said, "undermine your confidence."

In January, the Department of Justice took up two court cases involving New York and Arizona telecommunication carriers in a move to eliminate robocalls fraudsters. Then earlier in March, the Federal Communications Commission proposed a set of rules against robocalls in an attempt to purge the surge of these seemingly infinite scams. Clearly, neither measure has taken an effective form as the scourge continues unabated, this time targeting voters.