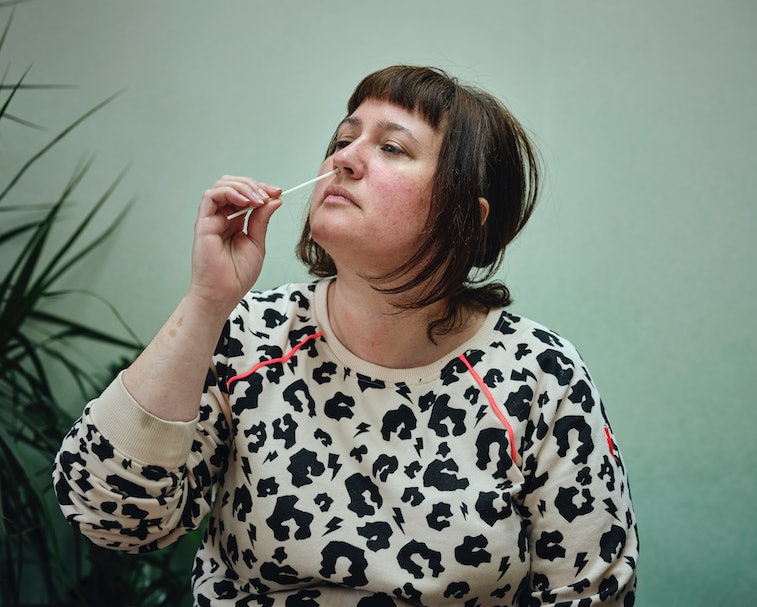 The Food and Drug Administration (FDA) has announced that it has approved two new rapid at-home COVID-19 tests which will soon be available over the counter at drugstores across the United States. Abbott’s BinaxNow test and Quidel’s QuickVue test both promise rapid results at home, and are expected to cost significantly less than existing products.

At-home COVID-19 tests could help reduce the spread of the virus because they can flag positive cases in people who aren't showing symptoms. Helping asymptomatic people figure out whether or not they’re liable to spread the virus could make a massive difference to case numbers. It may not end the pandemic altogether but it could radically slow transmission, and with vaccines rolling out across the U.S. in record time, that could make all the difference.

Priced to move — Although the price of the Quidel and Abbott tests hasn’t been confirmed, Harvard epidemiologist Michael Mina tells NPR that they will be relatively affordable compared to the only other at-home COVID-19 test made by Ellume, which costs $30. Amazon also recently received FDA authorization for its own coronavirus detection test but, for now, it’s only available to the company’s own staff.

An uphill battle — Mina estimates that one Quidel or Abbott box with two tests inside will cost somewhere between $15 to $20. "I think to make it truly accessible and truly deployable to millions of people to use in a frequent way, $7 or $8 [per test] is still too much money," Mina told NPR. "But I think that this is just such an immense step forward that I'm not going to complain about it."

Convincing the public to believe in the utility of these tests will require debunking their reputation for being invasive. The Quidel test, for example, requires a direct nasal swab half an inch or more into the nose. This could be uncomfortable for those with sensitive nerve endings. But its manufacturer says that the test can give accurate results.

Wait and see — After collecting the necessary nasal swab, users dip it in a tube of reagent solution in a holder, take it out, and then use a litmus-like test strip with the resultant solution. A positive COVID-19 case will be indicated by both blue and pink lines on the strip after 10 minutes, according to Quidel.

The Abbott test also requires a nasal swab but its makers say it is “minimally invasive.” Like Quidel, it comes with its own swab, reagent solution, and a test card to confirm a positive or negative case. The Abbott test takes 15 minutes to show results. Both tests are nowhere as invasive as the typical nasopharyngeal swab and if the FDA can persuade people to try these boxes, we might restore some normalcy to our lives sooner rather than later.