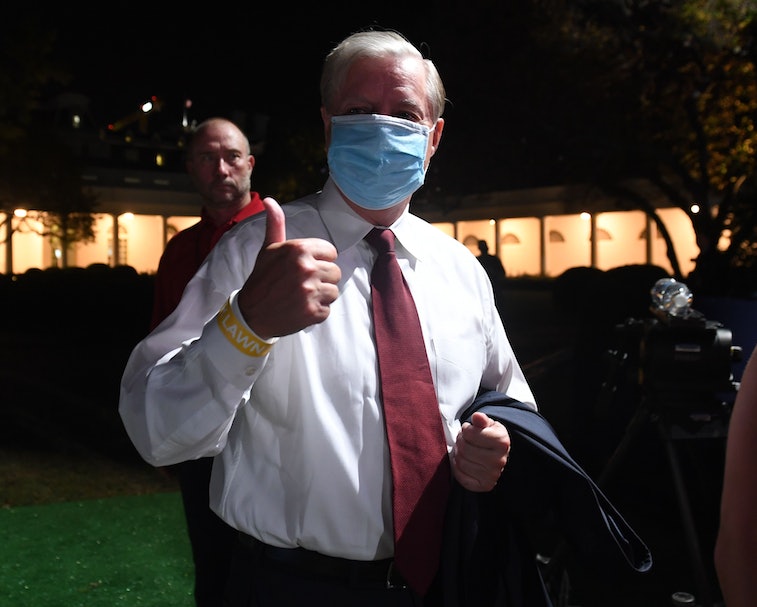 As if 2020 weren’t already enough of a hellscape, a group of Republican lawmakers is now working to remove long-standing legal protections for social media companies. Senators Lindsey Graham (R-SC), Roger Wicker (R-MS), and Marsha Blackburn (R-TN) introduced the Online Freedom and Viewpoint Diversity Act on Tuesday with the aim of stripping protections provided by Section 230 of the Communications Decency Act (h/t The Verge).

The bill’s proposition is simple, and it’s a story we’ve heard before: stop allowing companies to block content at their discretion with no consequences.

“For too long, social media platforms have hidden behind Section 230 protections to censor content that deviates from their beliefs,” Sen. Wicker said about the bill. “These practices should not receive special protections in our society where freedom of speech is at the core of our nation’s values.”

The Online Freedom and Viewpoint Diversity Act seeks to upend the same protections that led President Trump to sign an executive order meant to punish Twitter back in May. But the war against Section 230 predates Trump. If lawmakers manage to upend it, the internet as we’ve come to know it will be forced to change in immense ways.

Remind me what Section 230 is again? — Section 230 of the Communications Decency Act (CDA) protects companies from legal ramifications based on the behavior of their users. So, for example, if someone tweets explicitly illegal content, CDA 230 is what keeps Twitter immune from being the subject of a lawsuit. The law covers all aspects of a website — so a news outlet doesn’t have to worry about what’s posted in the comments under its articles, for example.

There are, of course, exceptions to this rule. Since the passing of Section 230, articles containing exceptions for copyright law and sex work-related material have been added.

Coming from all angles — Lawmakers have been eyeing up CDA 230 for quite a while. Earlier this year, Sen. Lindsey Graham (who is also sponsoring the new bill) introduced the EARN IT act, which proposed that companies should be held to a set of standards determined by committee.

Trump punching-down on what he believes is unfair censorship has sent bill proposals into overdrive. Trump’s executive order requires the Federal Communications Commission to re-evaluate the law. Still no word on the FCC’s new analysis.

This is not about free speech — Even amid a life-altering pandemic, Republican lawmakers have found this a pressing enough issue to introduce a variety of bills on the subject. That’s because this isn’t actually about censorship or free speech — it’s about power.

Facebook and Twitter, among others, aren’t removing content simply because it has a conservative spin to it. These companies are regulating their platforms to mitigate harm. They’re removing misinformation, hate speech, and calls for violence.

We’ve already proven in federal court that conservative voices are not being “silenced,” but still prominent Republican lawmakers continue to peddle this conspiracy as fact. As recently as this week, President Trump tweeted that Democrats, along with “the corrupt Fake News Media, have launched a massive Disinformation Campaign the likes of which has never been seen before.”

Republican voices are upset that social media companies are removing their harmful posts. They’ve taken to the United States’ law-making system in an attempt to protect their freedom to say whatever they want, up to and including lies and calls to shoot protestors. If any of these new laws are passed, the internet will be an even less friendly place than what it’s already become.