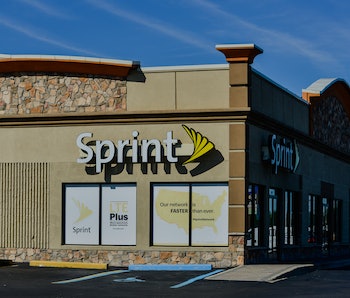 After 33 years, Sprint's run as a U.S. telecoms company is about to end. Following its successful merger with T-Mobile, the smaller wireless brand is being sunset, FierceWireless reports. T-Mobile's new CEO Mike Sievert told investors on Tuesday that the plan is to advertise one flagship T-Mobile brand by mid-summer as well as rebrand existing Sprint stores.

Sprint customers are already moving over to T-Mobile's network as the carriers use interoperable wireless technology. Those with existing plans won't be forced to move to T-Mobile packages, at least not for now, but they may be required to when it comes time to renew. It also looks like it's bad news for Sprint's 5G customers who are likely out of luck as their devices won't work on T-Mobile's 5G network.

The newly combined company has a roughly 30 percent market share in the wireless market, making it the third biggest player behind Verizon and AT&T.

This was inevitable — It's always been expected that the newly combined wireless carrier would simplify and consolidate around the T-Mobile brand, which controlled 17 percent of the wireless market compared to Sprint's 12 percent. T-Mobile went from zero to hero under its previous CEO John Legere, who was brash and shook up the industry with moves like re-introducing unlimited data and eliminating early termination fees.

The merger was held up for some time over an antitrust review by regulators as well a lawsuit from a coalition of state attorneys general who argued consolidation would lead to higher prices for consumers and less innovation.

“From the start, this merger has been about massive corporate profits over all else," said New York attorney general Letitia James following the approval. "And despite the companies’ false claims, this deal will endanger wireless subscribers where it hurts most: their wallets.” The effects on consumers remain to be seen, but it's almost certainly going to be bad news for retail employees in locations where there's both a Sprint and a T-Mobile store near one another.

Sprint was in trouble — Ultimately, T-Mobile and Sprint successfully argued that because Sprint had been bleeding subscribers for years it wouldn't have the cash to build its own 5G network and continue to compete. Sievert says that Sprint customers are already getting a better experience with access to T-Mobile's network, and that the company is in competition mode despite the criticism.

Before the merger was approved, internal documents leaked from T-Mobile showing that the carrier was considering a plan to merge with Comcast following its merger with Sprint. The possibility signaled to some critics that T-Mobile's investors were simply buying Sprint in an effort to make T-Mobile more attractive in a sale rather than trying to make a wireless carrier that could better compete in the marketplace.

Legere's image was bruised towards the end of his tenure as he argued against net neutrality and frequently stayed at the Trump International Hotel in DC as T-Mobile lobbied for the merger.

Consequences take time — If there are any negative consequences from the merger it will likely be years before consumers actually see them. T-Mobile is bound by certain obligations to support competition for the next few years. Unfortunately, regulators including the FTC and FCC have never issued fines that are very large, which worries some that even if T-Mobile does violate its agreements, any punishment will be minimal.