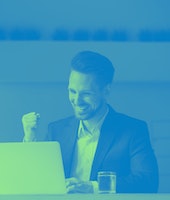 The number of new Redditors following r/WallStreetBets since last night.

For better or worse, the chaotic, meme-driven economics that somehow now encompass GameStop, Wall Street hedge funds, Dogecoin, and Elon Musk (not to mention racism) has dominated financial news for the past week. The stock values may fluctuate wildly, but coverage and interest show no signs of slowing down anytime soon.

Just look at the main source of all this mishegas: r/WallStreetBets, which was instrumental in organizing the recent mother of all short squeezes. In the span of a single night, the subreddit reportedly saw nearly 2 million new subscriptions.

The stonkmarket has spoken — According to the unofficial traffic-tracking site, FrontPageMetrics, r/WallStreetBets has seen an unsurprisingly massive spike in visits and interest over the past weeks. Yesterday, the subreddit counted a pathetic 4 million subscribers. Overnight, however, over 1.5 million new accounts jumped aboard, bringing the total to around 5.5 million at the time of writing this. Compare that to the beginning of 2021, when r/WallStreetBets saw about 1.7 million total subscriptions. We're not math whizzes or anything, but if we're figuring this right, r/WallStreetBets added the same number of people overnight that it began with this year in total.

It's almost as if the game is totally rigged — The snowballing coverage of the populist run on Wall Street has been more than some could initially handle. Yesterday, the (previously) small-scale investment app, RobinHood, locked down trading of GameStop stocks, as well as Nokia, BlackBerry, and AMC trades for similar short squeeze trends in a bid to protect its own investments... gee, it's almost as if you can hardly trust anyone in the financial sector these days. Users, unsurprisingly, weren't happy with this announcement, and have since filed the first of what will surely become many class-action lawsuits against the trading app. The strange saga of GameStopGate is far from over, but rest assured, the bigger the bubble, the louder the pop.