Trump wants to appear serious about quantum computing and AI 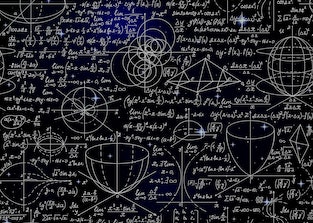 How much the White House is allocating to its new AI and quantum computing research institutes.

The Department of Energy has been toying with the idea of amplifying domestic quantum research. Not too long ago, it said it was planning to create a quantum internet. Now multiple outlets report that the White House is planning to launch an artificial intelligence and quantum research wing of agencies like the National Science Foundation, the Department of Homeland Security, and others with the backing of some $1 billion for multidisciplinary research.

That may sound like a lot of money, but in the fields of AI and quantum computing, it's not. It may also sound like the U.S. trying to get ahead of the pack, but it isn't. Instead, it's a performative move by the Trump administration to make it look like it's at least trying to keep up with China.

Light on important details — One of the notable absences from the announcement is an update on the Trump administration's immigration position and its effect on higher education. The administration's hostility toward and ban on entry for workers with H-1B visas subsequently resulted in a dearth of highly skilled and educated visa holders who would have undoubtedly helped with local research in the fields of artificial intelligence and quantum studies. The U.S. used to attract the world's best talent. It's doing a fine job of reversing that.

At least 35 percent of those visa holders hit with the Trump ban had a formal degree in artificial intelligence studies. But that's not all. The administration has also expressed interest in the possible move of doing away with the Optional Practical Training program as yet another anti-immigration stance. This particular program helps international students receive three years of domestic training once they've wrapped up their studies.

Domestically, the United States does not have enough trained faculty to impart skills and education in artificial intelligence and quantum research to students. The notion that America boasts superiority in this realm is a fanciful one. So the administration will have to grapple with the real-world repercussions of its very own policy decisions.

Let's talk money — Research into artificial intelligence is not exactly cheap either. The think tank Center for a New American Security has estimated that federal spending on the endeavor needs to be shot up by at least $25 billion by the year 2025. Otherwise, according to the think tank, there could be an exodus of trained professionals and talent.

For an administration notorious for underfunding or simply depriving educational and research agencies and projects of critically needed money, this figure may sound impossible. But money talk is for later. Right now, it sounds like the administration is pursuing this academic venture for national security purposes — with soundbites like foreign quantum technologies "aren't in alignment with American values." We'll suggest that you keep your hopes low in the meantime and maybe read about these strange and breathtaking quantum experiments instead. Perhaps someone can pass it on to the White House.