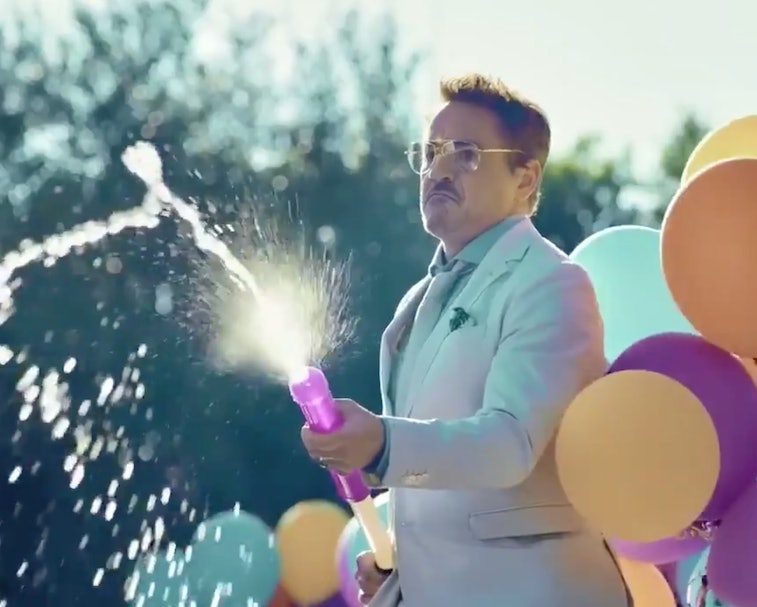 A few days after the launch of the OnePlus 8 Pro, a romp of an ad is making the rounds in China. Notable leaker Ishan Agarwal posted the two-minute ad starring Robert Downey Jr. on Twitter on Friday. The tongue-in-cheek affair offers an exaggerated slice-of-life narrative while sliding in the phone’s slate of features. Well, a slice of one-percenter life, that is.

What’s a pool party? — Downey Jr., a brand ambassador for OnePlus, was seen holding the new phone a month ago in an Instagram photo on the ad director’s account that was swiftly deleted. The final video includes something called a ...party (?) in which people get very close to each other and Downey Jr. spends an alarmingly small amount of time inside his home. There’s also a depiction of the super relatable experience of getting a high-end suit bespoke tailored on the way to a party.

Of course, the new phone is a departure for OnePlus in more ways than just its features; it’s uncharacteristically pricey at $900. Though still more affordable than other flagships from the likes of Apple and Samsung, in these trying times, the OnePlus 8 Pro might only be for the Tony Starks of the world. In which case, the ad is pitch-perfect.