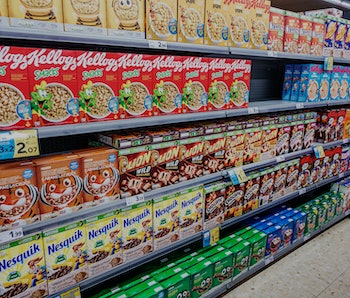 The Kellogg Company has decided that, instead of giving its workers fair compensation, it will simply hire more people willing to work for less. The population of TikTok has decided to once again use the power of internet organizing to do something about it.

TikTok user Sean Black (@black madness21) crafted a sly piece of code that auto-fills an entire job application on Kellogg’s corporate website. Black’s clever coding does everything for you, creating an application account, filling in all the relevant demographic details, and even uploading a resume.

The idea is to flood Kellogg’s job application pool with tons of fake entries, thereby making it much more difficult for the company to sieve through the mess and actually hire anyone. It’s the same tactic TikTok users have employed in the past to take down operations like Trump’s election fraud hotline.

More than 1,400 Kellogg’s workers from four manufacturing plants (in Michigan, Nebraska, Pennsylvania, and Tennessee) have been striking since early October. Their demands are simple: offer fair compensation for all workers. Since Kellogg’s doesn’t want to fight fair, though, the internet has decided it’s time to do the same.

Simple but effective — Black’s code is nothing fancy. It’s just enough to screw with the Kellogg’s hiring system.

“Apparently Kellogg is planning to replace workers who are fighting for better workplace conditions and better pay,” Black says in the TikTok. “You know what I had to do.”

Black isn’t the first to suggest overwhelming the application system as a method of fighting back; the r/antiwork subreddit has been all over the idea since Kellogg’s announced its intention to bring in scabs. The user who first suggested the hack linked to four job postings, each of which Black uses in his automated application code.

TikTok users quickly turned Black’s video viral. It’s now been viewed more than 140,000 times. His past efforts for similar causes had already afforded him a significant following on the app.

“This union member thinks [sic] you from the bottom of my heart!” one user commented.

Modern union momentum — Kellogg’s seems unphased by the internet retaliation. A spokesperson for the company told Insider that the hiring site was “fully operational” and that new hires were expected to start “very soon.”

One user pointed out that Kellogg’s could’ve easily avoided this problem by instituting bot-checkers like CAPTCHA puzzles on its application. “Kellogg got this money but can’t buy human verification for their sites,” the user wrote,” great coding btw.”

2021 has been a landmark year for unionization, with enormous companies like Google and Amazon finally getting a shot at collective organizing. Workers are being more vocal about their mistreatment than ever in recent memory. Each new revelation seems to motivate others to share their own stories.

Unfortunately, this rise in organizing has also led to a predictable rise in anti-union activities. Big Tech isn’t afraid to use sketchy union-busting tactics. Not even a little bit. For the rest of us watching from home, it’s easy to feel helpless. Actions like Black’s make it a little easier to feel solidarity from afar.

Black’s code is now available on his GitHub page. This Reddit thread contains a few good positions to “apply” for, if you’re game to fight back. And stay away from Kellogg’s products for the foreseeable future, thanks.