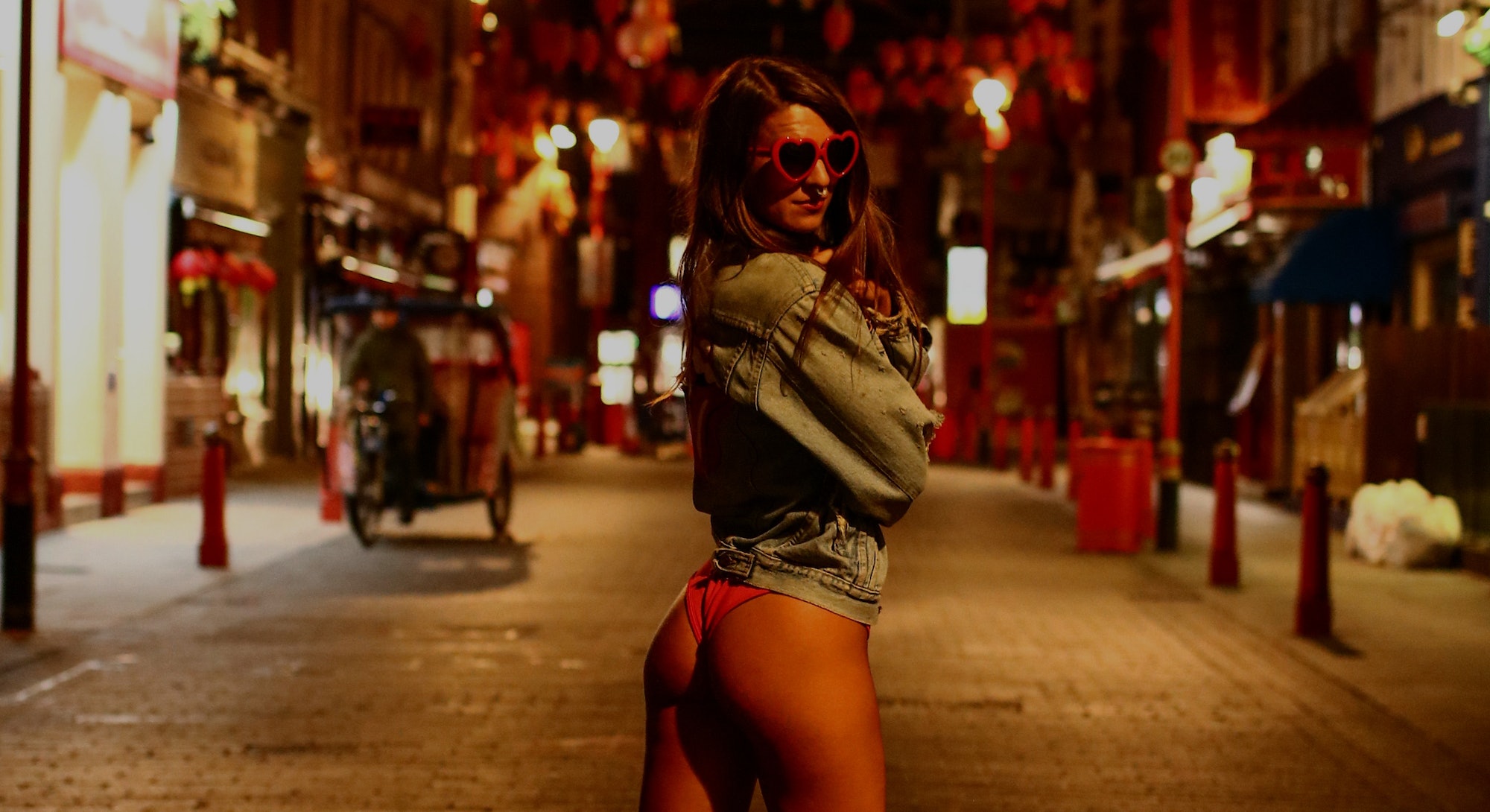 Now her concerns have moved from the realm of the academic to the personal. This month, Are was censored on social media — in this case by TikTok — for her pole-dancing videos.

While teaching in the criminology, sociology, and journalism departments at one of the U.K.’s leading universities, Are also teaches pole dancing at a London-based dance studio. (She moved her pole-dancing classes online during the pandemic.) Meanwhile, Are, who goes online by the username Blogger on Pole, posts TikTok videos of her pole dancing, a hobby she took up in 2016 while recovering from an abusive relationship.

“I got a TikTok in early 2020 as an experiment,” the 28-year-old Are explains. “I wanted to see if it was easier to grow on it as a pole instructor than it was on Instagram, which has been plagued by shadowbanning and censorship.” Late last year, Instagram banned much content to do with pole dancing, including any footage taken in strip clubs, even if no nudity was visible. Sex workers complained that they’ve been unfairly targeted.

Recently, Are went viral for a February 6 TikTok of her pole dancing to Cardi B and Megan Thee Stallion’s provocative hit “WAP.” “I posted it to announce that I had finished my PhD and was now a doctor. Aka a ‘pole dancer WAP’ — with a PhD,” she says. It’s been viewed three million times, including more than one million within 24 hours. She went from 27,000 followers to nearly 70,000 today. But with that came difficulties.

“I received a lot of trolling as a result,” she says. The comments included random teens insulting her dancing ability or making negative comments about her face, and older men being judgy (“definitely can not have a family with a woman like that.”) The users who disliked her content began reporting many of Are’s videos, which TikTok’s content-moderation system removed for “community guidelines violations” and “adult nudity and sexual activity.” (Are wears clothes when pole dancing.)

The reports of community violations on her videos seem to have triggered an automatic suspension of her account, preventing her from posting any new clips. “It makes you feel really powerless that the networks and profile you’ve built may be gone at the flick of a switch just because social media platforms hate butts, nipples, or, in this case, poles,” she says.

But the issue didn’t end. “I posted once, the video got taken down again, and I was then blocked from posting until [February] 24th,” she says.

The new suspension resulted in TikTok sending her an in-app message on February 17, asking her to email a person whose LinkedIn profile indicates she is currently working as a U.K. community manager at TikTok. The message called Are “Joris,” a name she does not recognize. Are emailed the contact, but has yet to hear back from the TikTok employee.

“TikTok is the nastiest place on social media for trolls and misogynists.”

“It seems to me that TikTok is the nastiest place on social media for trolls and misogynists” — groups she says include kids and older women — “and all it takes is a couple of misleading reports or flags for your video to be taken down.” She adds, “Once again, this seems like an obvious attempt from social media platforms to make their spaces ‘safe’ from nudity and sexuality, where the actual threat comes from abuse, harassment, and disinformation.” Are has previously written about just this issue for an academic journal.

“You have zero communication with the platform to understand what’s going on as a user. Other pole dancers and instructors said the same — some were even deleted” from the app, she says. “Right now I’m speaking to you about this because I’m a researcher, and this is ironic. But if you have no access to media, or any other platform to share your content on, your livelihood and voice are gone.

“It’s also frankly quite appalling that in the war against ‘dangerous’ content, a video of my ass gets demoted quicker than, say, extremism or trolling,” she says. “Priorities!”

This isn’t the first time that TikTok has banned a person conducting research about the platform’s goals to keep users safe. In October, Eva Fog Noer, a Danish child safety expert, was permanently banned from TikTok due to multiple purported violations of the app’s community guidelines. After TikTok was approached by a reporter, Fog Noer’s account was reinstated.

That too was the case for Are. Input contacted TikTok on Friday for clarification as to why her account was suspended; today, it was reinstated. The social media company declined to comment, but Input understands that TikTok reviewed Are’s account, reinstated videos that had been wrongly removed, and lifted the temporary ban.

“I have just posted, and I’m grateful to have had the right to post back,” Are tells Input. “However, it shouldn’t happen because a journalist gets in touch. Platforms should listen to their users and have some more clarity, accountability, and direct communications channels.”