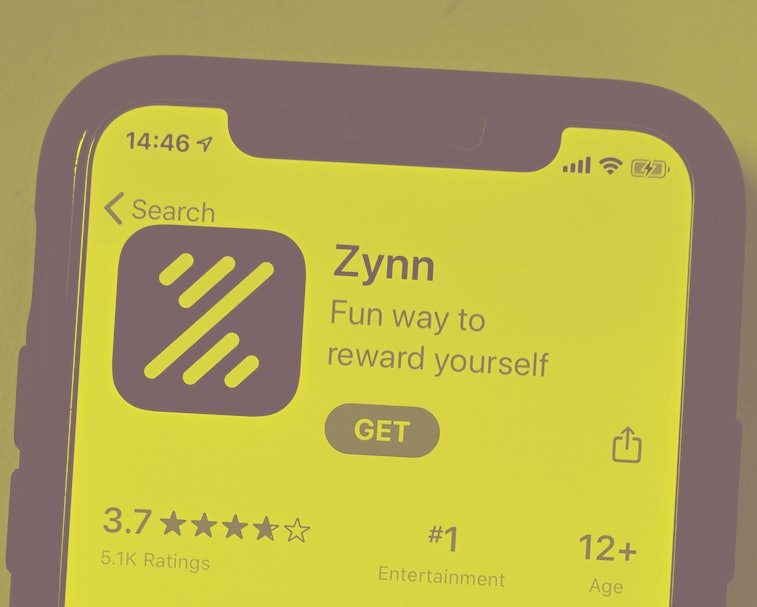 Zynn, a short-form video app almost identical to TikTok, has been removed from the Google Play Store following reports of plagiarized content on the app. The exact reasons for Zynn’s removal have not been disclosed by Google. The app is still available on Apple’s App Store as of the time of this writing.

Zynn has been a breakout success for the past month or so, garnering millions of downloads across platforms and even hitting the number-one spot on Apple’s list of popular free apps. Like TikTok, Zynn focuses on short, user-created videos. The big difference between the two apps is that Zynn pays users for watching those videos and sharing them with others.

Though the company’s business model (read: pyramid scheme) quickly and effortlessly enticed users with the promise of fast cash, Zynn’s sly tactics have proven to be its worst nightmare. But its developers still seem to believe it can rise from those ashes and continue to dominate the market.

Let’s call it what it is — Zynn is operating on a business model that can most kindly be called a pyramid scheme. Rather than relying on viral videos to recruit new downloads, Zynn uses money as an incentive.

Here’s how it works: earn a dollar just for signing up. Grab another $20 once you’ve convinced one of your friends to sign up. Then earn another $10 for every five friends you bring to the app. You can even earn points by watching videos and put that towards your total pay.

Sounds too good to be true, right? Well it is, based on a number of reviews that call out just how difficult Zynn makes the cash-out process. For every one user claiming they’ve received a huge payout, there are at least a few dozen who say they’ve been unable to receive any of their earnings at all.

Plagiarism as a foundation — As if Zynn’s sketchy payment policies weren’t enough, the app has also been called out for its reliance on plagiarized content. Many impersonator accounts have popped up on the app, most claiming to be TikTok and Instagram personalities with dedicated followings.

To make matters worse, it’s become obvious that the stolen videos and impersonator profiles weren’t created by users — they were made by the company itself. Zynn launched on the Play Store on May 5. Many of the plagiarized videos have upload dates from mid-February, meaning they must have been uploaded by the company.

A Zynn spokesperson told the Financial Times that yes, the app was removed from the Play Meanwhile, an unverified Zynn Twitter account posted yesterday to say the company is in communications with Google and is “working hard to fix this ASAP.”

Zynn’s combination of stolen videos and user-payment incentives did exactly what the company hoped. The tactic brought millions of new users to the app in just a month’s time. The company seems to believe it can move past these scandals and continue building a fanbase rabid for quick cash. Its success or failure will likely come down to whether or not Apple and Google allow it to keep spreading through their respective app stores.

More like this
Will Gendron
5.5.2022 10:35 PM
Gaming
'Genshin Impact' has been raking in a staggering amount of cash
Jessica Lucas
5.5.2022 3:34 PM
Religion
Pro-choice pastors are using TikTok to preach to the masses
Jessica Lucas
5.16.2022 12:00 PM
Celebrity
YouTube lawyers are getting famous covering the Johnny Depp–Amber Heard trial