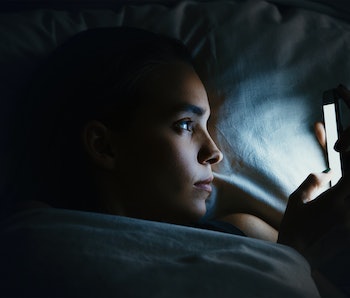 TikTok’s strategy to keep over a billion people visiting the social media platform each month is so straightforward (relatively speaking) that it can be explained via a document titled “TikTok Algo 101.” While the in-house memo — leaked over the weekend to The New York Times — doesn’t reveal shocking secrets, per se, it still provides a candid look at just how refined social media algorithmic engineering has become, as well as how companies like TikTok exploit humans’ “tendencies toward boredom [and] sensitivity to cultural cues” to maximize our time on the apps.

“The document explains frankly that in the pursuit of the company’s ‘ultimate goal’ of adding daily active users, it has chosen to optimize for two closely related metrics in the stream of videos it serves: ‘retention” — that is, whether a user comes back — and ‘time spent,’ explains the NYT. Basically, it’s in the best interest of ByteDance (TikTok’s Chinese owners) to keep everyone compulsively scrolling indefinitely... something many might call, y’know, “addiction.”

Brings out the best and worst of us — Much of the time, TikTok’s algorithmic strategies result in entertainment catered to each user’s preferences (including, but not limited to, Crackhead Barney), but there is also the very real possibility that it exacerbates difficult and dangerous situations. TikTok relies heavily on measuring just how long you spend watching any given video, then assigning weight to that length of time. Often, this will result in more curated TikTok dances on people’s feeds, but as the NYT notes, the “process can sometimes lead young viewers down dangerous rabbit holes, in particular toward content that promotes suicide or self-harm.”

TikTok, for its part, claims it is aggressively working to address videos of that nature that violate their company policies, but that still doesn’t make up for the damage that has already been done to many of their users.