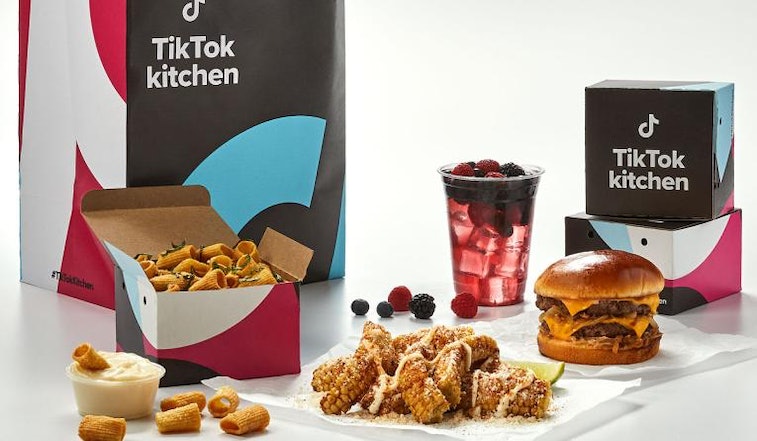 TikTok has announced a plan to open 300 restaurant services by March. Called “TikTok Kitchens,” it marks TikTok’s first major foray into brick and mortar. Well, sort of. The restaurants will be delivery-only ghost kitchens that use the equipment and staff of existing restaurants. According to Bloomberg, TikTok Kitchens hopes to reach 1000 locations by the end of 2022.

There’s money in #FoodTok — The app already fosters a symbiotic relationship between restaurant owners and food bloggers, who can build extraordinary hype for trendy spots. One rave video review of a “pancake charcuterie board” was enough to send customers to San Antonio’s Cool Beans Cafe in droves, and TikTok fame turned a run-of-the-mill Red Hook bodega into a tourist attraction. Some accounts gain massive followings for restaurant reviews alone. One example is @theviplist, an account whose reviews of scene-y restaurants are so widespread that viral videos analyze the linguistic tendencies of its narrator (the raspy, rapid-fire reviews have glottal fricatives, according to one viewer).

The Tiktoker-to-Restaurateur-pipeline — Some creators have spun their TikTok fame into full-fledged culinary careers already. One example is bubbly TikTok personality Tabitha Brown who tapped into the buying power of her 4.9 million followers by opening a vegan restaurant called “Kale My Name” in Chicago and Los Angeles this year. TikTok star Larray opened an online mac and cheese restaurant and “ice cream influencer” Dylan LeMay is opening an “immersive and experiential ice cream store” in New York.

As ByteDance, TikTok’s parent company, rapidly expands itself from an entertainment company into a sprawling digital empire, it’s bringing the TikTok-to-restaurant progression in-house. Virtual Dining Concepts (VDC) is partnering with the app to make it happen.

TikTok wants a piece of the pie — VDC is the same company that backed online creator Jimmy Donaldson’s MrBeast Burger in December 2020. Donaldson’s fast food delivery service says that in its first year, it has fulfilled over 5 million orders at its 1600 locations. The press release calls MrBeast Burger the “absolute prime mover in the virtual space” with TikTok Kitchen “right up there in the same stratosphere.”

Will creators get credit? — According to a press release, TikTok plans to give proceeds “to both support the creators who inspired the menu item, and to encourage and assist other creators to express themselves on the platform.” But on an app driven by such transient and participatory microtrends, it’s not always easy to identify where a viral food hack started. TikTok has not disclosed how it intends to provide compensation. The social network has previously faced backlash for failing to provide proper creator credit.