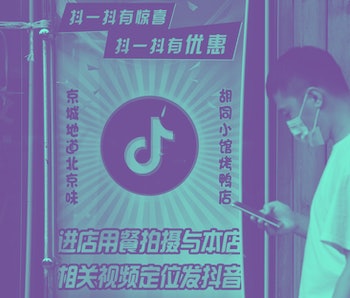 In an attempt to distance itself from its Chinese roots and potentially allay political worries echoing out of the United States, ByteDance is handing TikTok's international operations over to America-based Oracle despite initially rejecting its bid. It's a politically smart move coming from a company that is hounded by the powerful likes of Donald Trump and Mark Zuckerberg for being a perceived "national security threat."

According to The Financial Times, the details around the business shakeup for the perennially criticized TikTok are subject to change. Right now, however, what is clear is that TikTok is fully committed to this endless and rather headache-inducing war with Capitol Hill, and still seeks the approval of the administration — not because Beijing has heart-eyes for Trump but because a full ban on the app is akin to cutting a major limb off the viral giant that is TikTok.

Why is this happening? — The move comes after Trump designated September 20 as the deadline for TikTok to sell its American operations, though this was later extended to mid-November. If it fails to comply, the company could see a full-scale ban in the country and risk losing millions of young users on its short video app.

With the help of adding Oracle to the picture, TikTok will apparently have independent oversight while ByteDance's involvement will be carried out at a distance, according to The Financial Times. Specifically, American data will be processed and kept within the United States in a bid to soothe political and security anxieties.

Read between the lines — The decision appears to satisfy guidelines from the Committee on Foreign Investment and could even create 20,000 jobs, according to two sources close to the affair. As he aims for another term as the president of the United States, Trump may consider cosigning this Oracle development as a way to garner support and votes.

TikTok is (really) trying — TikTok has been attempting to improve not only its local political image but also its business portfolio in several ways. It recently announced the launch of Stitch to encourage more creative work (and of course, user engagement) and it also got ostensibly open about its marketing strategies and algorithms. All of these steps — from bringing Oracle on board to discussing how its algorithms push content forward — are TikTok's way of trying to assert itself in the market as well as politicians' eyes. Frankly, it has been a tedious journey for the company as well as for anyone keeping track of it. Hopefully, by introducing Oracle to its operations, TikTok can finally put this tiresome hell to rest.