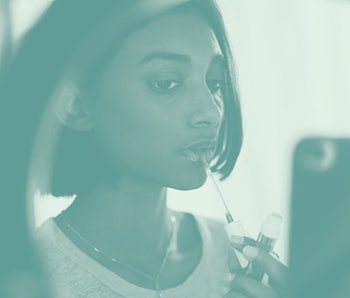 “At TikTok, we want every member of our community to feel comfortable and confident expressing themselves exactly as they are,” writes Tara Wadhwa, Director of Policy at TikTok US, in a blog post. “Being true to yourself is not only encouraged but celebrated on our platform.”

As part of the new resource package, TikTok will link users to support services like the NEDA hotline when certain searches — like “#edrecovery” and “#proana” — are conducted within the app. The rest of the package is a series of easily understandable support tips that TikTok created in collaboration with industry experts.

TikTok is once again proving itself a step ahead of competitors when it comes to protecting its users from the less-savory side effects of being very online.

Here to stay — Also included in TikTok’s new body-inclusivity resources is the addition of year-round public service announcements on some hashtags that might be triggering to some users. Searches on popular hashtags like “#whatieatinaday,” “#emotionaleatingtips,” and “#bingerecovery” will include these PSAs, which were developed with input from NEDA, in an effort to foster support around recovery and those affected by eating disorders.

The example PSA included in today’s announcement comes across as kind without being too pushy toward in-app resources. “If you or someone you know are experiencing concerns around body image, food, or exercise — it’s important that you know help is out there and that you are not alone,” the example reads, along with links to NEDA support lines.

Though this initiative is technically in honor of just one week, TikTok’s awareness measures are sticking around once the week is through. Changing the app in lasting ways makes TikTok’s health and wellness measures feel genuine rather than gimmicky.

Putting wellness first — Despite the platform still having its fair share of moderation issues, TikTok’s continued push toward digital wellness is refreshing, especially in contrast to other major social media platforms.

A couple of months ago, for example, TikTok added a bunch of new resources for mental health, including a direct connection to the national suicide prevention hotline. This year alone the company has clamped down on safety for its youngest users and added labels for questionable information, too.

The company has come a long way from the days when it got caught telling moderators to suppress posts by “ugly” users. While other social media platforms are still being forced to reckon with rampant misinformation, TikTok has the energy and resources to be proactive with its wellness measures.