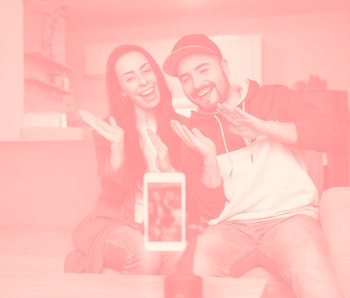 TikTok, the viral video app much-maligned by U.S. lawmakers and the President in particular, is hitting back against its haters. The company is today launching an information center — dubbed “The Last Sunny Corner of the Internet” — where it will publish its own takes about what it claims is misinformation being spread about it.

TikTokus.info is explicit in its goals. “With rumors and misinformation about TikTok proliferating in Washington and in the media,” the website states, “let us set the record straight.” After a brief introduction, the rest of the page aggregates official statements from TikTok and headlines across the internet about the app that further its cause. They include stories on how there are no proven links to the Chinese government and positive news stories about how it handles user data.

In a press release about the information hub, TikTok said, “Today, we are taking another step to continue to build trust with our TikTok community by delivering the facts — in our own words and in the words of leading experts across cybersecurity, media and academia — because we neither support nor stand for the spread of misinformation on our platform, or about our platform.”

It’s obvious that TikTok isn’t going to let the U.S. government dismantle its operations without a fight.

Not ready to lie down — The Trump administration’s ultimatum to TikTok — sell its U.S. business in 45 days’ time or be banned across the country — has, for obvious reasons, not been seen kindly by TikTok. The company has already made clear its plans to sue the Trump administration for its actions. The Trump campaign has also since extended the deadline to 90 days.

Now TikTok is looking to appeal to the public with what appears to be a crisis PR campaign.

“TikTok is not available in China. Its U.S. user data is stored in Virginia with a back-up in Singapore and strict controls on employee access,” the information hub states. “TikTok has never provided any U.S. user data to the Chinese government, nor would it do so if asked. Any insinuation to the contrary is unfounded and blatantly false.”

More to come — Right now there’s not much new information on TikTok’s information hub. The majority of the information on it is from the last few months since Trump ramped up his vendetta against TikTok.

The company also created a new TikTok Communications Twitter account to keep the public up-to-date on its statements and activities. The account is similar to the information hub in that it pushes pieces that debunk rumors about TikTok.

A long way to go — Despite nearly two years of ongoing investigations into TikTok’s cybersecurity practices, next to no concrete evidence has been gathered showing malevolence by the company. TikTok has continued to thrive in the United States, especially amongst teenagers and other young adults.

The battle between the viral app and the Trump administration is still ramping up. In the next few weeks we’ll know whether or not the app is banned from the U.S. — but the implications of that decision, and whether or not it sticks around for the long haul, won’t reveal themselves for much longer. In the meantime, TikTok is doing everything it can to sway public opinion in its favor, and who can blame it?