TikTok doubles down on U.S. hiring despite House vote to ban it on government devices 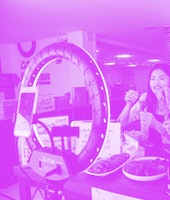 How many jobs TikTok says it will add in the U.S. over the next three years.

The U.S. House of Representatives voted 336-71 in favor of banning TikTok from government-issued devices given to federal employees, Politico reports. The ban is part of a larger set of amendments to the National Defense Authorization Act, which is valued at $741 billion.

The official ban comes just more than a week after both the Democratic and Republican national committees warned their respective candidates against using TikTok.

In response to the ban, TikTok made it clear that the United States’ continued vendetta against the company is actually hurting the country’s economy in the long run. A TikTok spokesperson said the company plans to create 10,000 jobs in the U.S. over the next three years.

The latest ban will come as no surprise to those who have been following TikTok’s tumultuous journey in the United States. The Trump administration has pushed anti-TikTok sentiment — and, more largely, anti-China sentiment — to entirely new levels, even going as far as creating an ad campaign to bash the company.

As always, there is still no evidence to support claims that TikTok or its parent company are spying on us or gathering data for any sort of attack.

What the bill says — The TikTok-specific amendment states: “No employee of the United States, Member of Congress, congressional employee, or officer or employee of a government corporation may download or use TikTok or any successor application developed by ByteDance or any entity owned by ByteDance on any device issued by the United States or a government corporation.”

It’s worth noting that the ban doesn’t stop at TikTok; it extends to cover all Bytedance-created properties now and in the future.

All about China — The most important thing to remember in the case of the United States vs. TikTok is that there is nothing concrete to bolster claims that the app is being used as a weapon or even as a means of surveillance. Instead, the fear around TikTok can be boiled down to one simple point: China.

Where’s the breaking point? — TikTok is understandably scrambling to figure out its next moves. The U.S. has quickly become one of its most important markets, and the threat of a countrywide ban is a pertinent one to the company’s future.

TikTok is doing everything it can to separate itself from China in order to appease the U.S. government, up to and including spending hundreds of thousands of dollars on lobbying in Washington, D.C. The company has reportedly held more than 50 meetings with lawmakers and congressional staff in the past three months.

Every day we inch closer to a full U.S. ban of TikTok — a move that would be overtly political rather than one made in the name of safety. Still, the company isn’t ready to give up just yet. It’s even exploring last-ditch options like selling a majority stake to U.S. investors in order to ward off concerns about China. Either way we’re getting close to a breaking point here; this standoff can’t keep going forever.