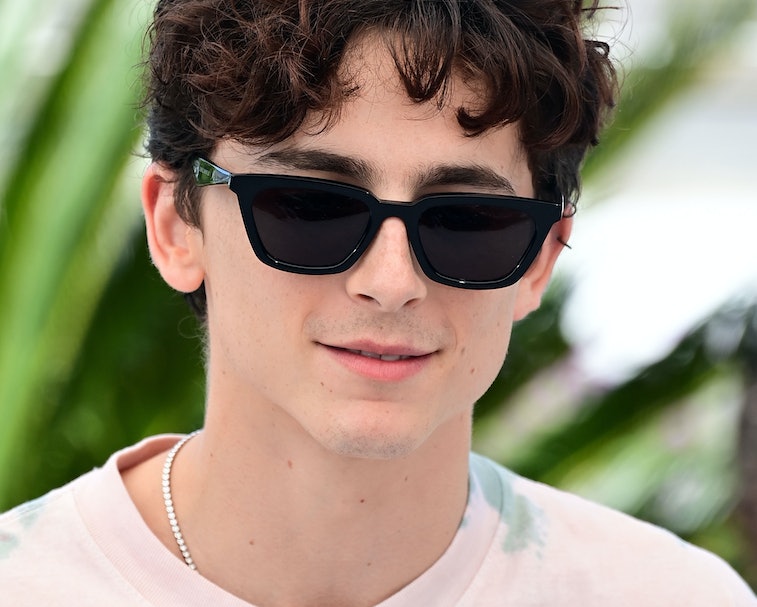 Beloved movie star Timothée Chalamet is set to appear in the upcoming Dune movie, and in an interview with Deadline he shared an interesting tidbit about landing the lead role. Evidently, according to Chalamet, it was a Google Alert that sent him on the way to performing in the sci-fi epic that comes out in October.

Thanks, G — Chalamet specifically said in the interview that he had a Google alert notification set up after learning the film would be directed by Denis Villeneuve, the director behind films like Blade Runner 2049 and Arrival. Google Alerts can be useful for keep tabs on things such as whenever your name has been mentioned somewhere online. Chalamet was clearly a fan of Dune, and when he saw a director was brought on board, he began tracking the film’s development more closely.

"Yeah, it’s true [laughs]. Not right away — Legendary had the rights and was developing it — but as soon as Denis got involved, I set up a Google alert and that’s when I got the book."

The interview goes on to say that Chalamet began taking detailed notes in the book, and made an effort to put himself in Villeneuve’s orbit at various events. Eventually, he was able to get himself planted in the director’s head, and the rest is history.

Not all the lifting — Can we really say Google Alerts did all the work? That’s probably giving the tool much too much credit. Chalamet is a wildly popular actor right now, and could be a big draw that gets people watching the Dune remake. But it’s still sort of reassuring (and a little quaint) to see that a major celebrity like Chalamet uses simple life hacks like the rest of us.

Dune’s cast includes other A-listers like Oscar Isaac and Zendaya. The movie will be released on October 31 with a simultaneous release on HBO Max. Warner Bros., the distributor, is probably hoping Dune’s cast of names will help buoy the movie and get people signed up for its streaming service... or at least head to physical theaters for it.