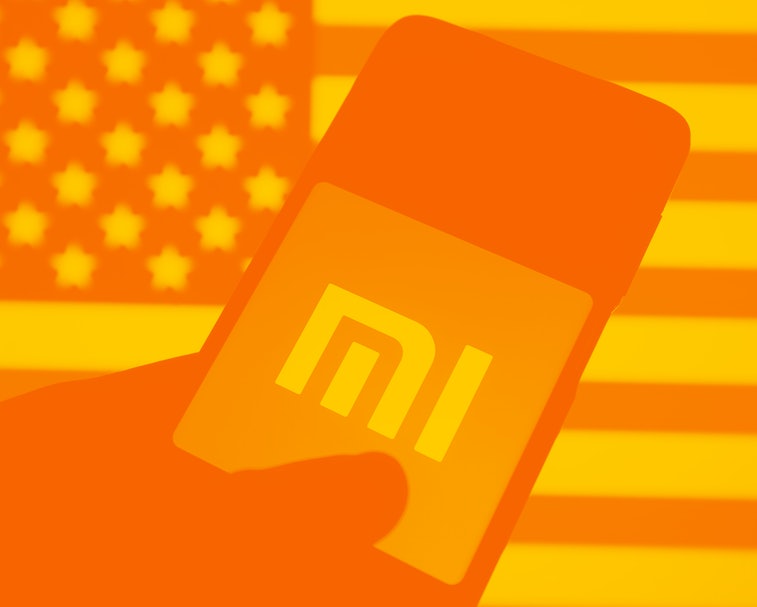 There are only five days left until Donald Trump's posterior is out of the Oval Office, whether he uses his own legs to exit it, or is dragged out by security. But considering both the last four years and the last week, there's still time for his administration to inflict damage on the country and its economy. Case in point: yesterday, Reuters revealed in an exclusive that Don and crew would be adding China's Comac and Xiaomi to the roster of blacklisted companies for their dealings with Chinese military. Americans are required to divest their holdings with the firms by November 11, 2021.

Continuing Trump's "Tough on China" stance — Comac, a company that mostly builds planes, along with the mobile phone and electronics maker Xiaomi, are included with seven other Chinese-based corporate entities on Trump's latest naughty list. The Trump administration's rationale stems from a 1999 law requiring the Department of Defense to compile a list of all overseas entities either owned or run by the Chinese military.

As luck would have it, the Pentagon only began adhering to this rule in the past year, around the same time the Trump White House tried to ban TikTok over incoherent and hypocritical "privacy concerns" lobbed at the social media app's Chinese owner, ByteDance. It's a whole story.

Most Americans won't notice — In any case, banning Comac and Xiaomi won't affect the average U.S. consumer, given that neither's products are really available stateside anyway. Which, frankly, is a shame, because Xiaomi makes dope Fitbit alternatives and minimalist walkie-talkies, among a slew of other cool gear. The blacklisting will still cause considerable damage to the companies, however: already, Xiaomi is reporting more than a 10% slide in its stock's value since the announcement.

Xiaomi has issued a statement denying any ties to Chinese military organizations: "The Company reiterates that it provides products and services for civilian and commercial use. The Company confirms that it is not owned, controlled or affiliated with the Chinese military, and is not a ‘Communist Chinese Military Company’ defined under the NDAA."

Legal challenges and a new administration ahead — It's unclear how long, or even enforceable, these new bans will be for the companies, however. With the Biden administration set to be sworn in next week, and legal challenges already mounting for previous Trump bans, the long-term consequences remain to be seen. Regardless of the final outcome, it is undeniably yet another seemingly arbitrary economic speed bump installed by one of the worst administrations in American history. Don't let the door hit you on the way out, Donald.