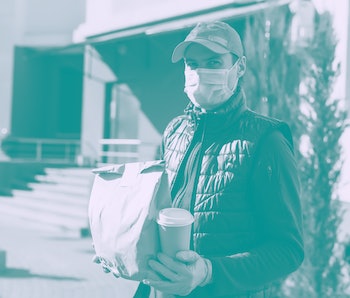 The Department of Labor (DOL) has finally announced its official rule on the classification of independent contractors (h/t The Verge). The rule was teased last fall as a long-awaited update to Obama-era protections that had been repealed. It removes an aspect of the economic realities test used by courts for decades while weighting different aspects of the test.

The rule won’t go into effect until March, giving the Biden administration time to at least return to former President Barack Obama’s standard or possibly advancing its protections even further.

The reality of modern economics — The new rule may be the last move from this administration to show its support for businesses — well, American businesses... actually, American big business... as long as it’s not Big Tech. At its core, it doesn’t rock the boat too much to avoid upsetting decades of court-upheld precedent for the economic realities test. This test helps determine whether a worker is an employee or contractor and has typically had six aspects.

Obama’s DOL simply shifted emphasis around to better reflect the modern economy and encouraged a more aggressive interpretation of the test to curb rampant misclassification. Trump’s DOL repealed this rule in 2017 and has finally gotten around to providing a replacement. The rule announced on Wednesday has only five factors, the two most important of which are extremely friendly to gig economy companies.

These main factors emphasize a worker’s control over their work and their “opportunity for profit or loss based on initiative and/or investment.” The ability to work whenever you want as much as you want is both a cornerstone of companies like Uber and DoorDash’s mission statements and legal defenses. This ignores the inherent pressure to hit benchmarks in order to make these kinds of gigs economically worthwhile, and the opportunity cost each entails. Waiting around for rides, for instance, isn't free time, it's unpaid, lost time.

In any case, the rule is largely a guideline, and states have radically different approaches to labor law. With the likes of Lyft and Instacart buying their way out of California’s gig worker protections, however, these companies are primed to mount similar attacks on labor laws across the country. Already in California, Prop 22’s success is eating away at the livelihoods of those with some of the strongest labor protections.

Over before it started — With only two weeks left in the Trump administration (assuming he doesn't get himself forcibly removed before then), President-Elect Joe Biden could shelve the rule. The new DOL would have to propose a new rule and allow time for public comments, so it could take a while to at least reinstate the old guidelines. The promise of a stronger rule, however, would be well worth the wait.