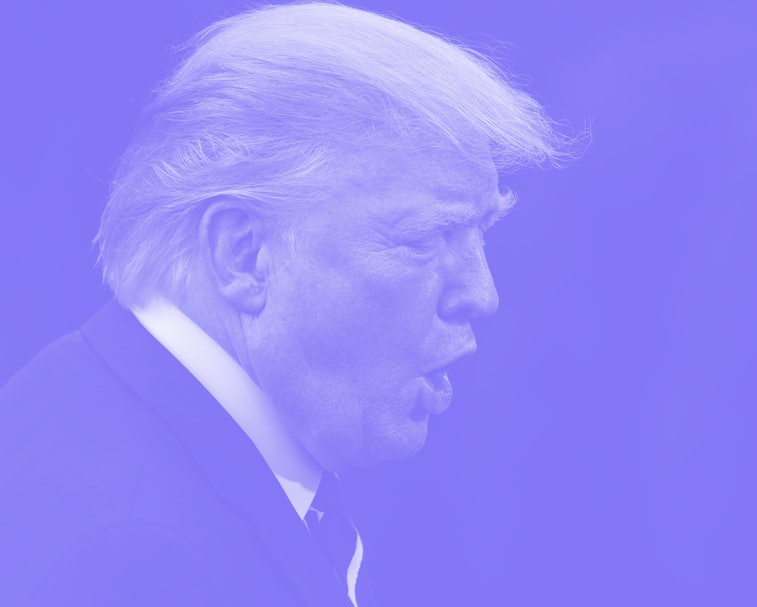 Donald Trump has apparently received a very strangely-worded and not at all dubious compliment from Mark Zuckerberg. According to the president himself, Trump and Zuck were eating dinner together when the Facebook honcho said, "I'd like to congratulate you: you're #1 on Facebook." The alleged revelation came during an interview today with Rush Limbaugh.

Update: A Facebook spokesperson told Input the following: "Mark and President Trump have not had any additional meetings since the one in October, which was previously reported."

This has all the hallmarks of a fabricated compliment directed at Trump, minus the inclusion of the word "sir."

We've got some questions — Mainly, what even does "#1 on Facebook mean?" It certainly doesn't mean he's the most liked person on the social network; that honor goes to Cristiano Ronaldo. In fact, Trump isn't even close. His 25 million likes is far from even the 25th most-liked account, which belongs to Adele with 62 million.