“Reddit is a place for community and belonging, not for attacking people. ‘The_Donald’ has been in violation of that.” 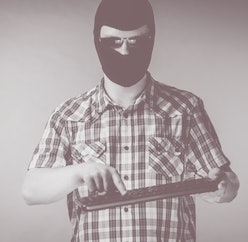 The internet is a slightly less hateful place right now than it was yesterday, thanks to the moderation efforts of some of the internet’s biggest players. Both Reddit and Twitch took action today against hate speech on their respective platforms, reinforcing their hard stances on the matter.

Reddit has today banned more than 2,000 subreddits, including popular communities r/The_Donald and r/ChapoTrapHouse, after updating its content policies to be more explicit in banning hate speech.

Along similar lines, Twitch has temporarily banned President Trump’s account for “hateful conduct” that was aired on-stream. The Trump campaign is directly affiliated with the Twitch page, whereas Trump is not affiliated with r/The_Donald.

These decisive actions won't rid the internet — or even just these two sites — of hate speech. But they set necessary precedents for future actions that will help keep hate speech to a minimum.

Who was banned today? — The “The_Donald” community was one of the most popular on the list of today’s bans, with more than 790,000 members actively posting memes and supportive messages about President Trump. The group has been around for a long time and has been credited with largely creating Trump’s ride-or-die digital fanbase.

Among other notable bans is r/ChapoTrapHouse, a community around the podcasting group of the same name.

Most of the other groups banned today were inactive or had less than 10 active daily users. Some of the others banned include r/darkhumorandmemes, r/darkjokecentral, r/cumtown, and r/soyboys.

A new era for Reddit — The public and execs alike have been calling for more control over hate speech on Reddit for a long, long time now. Most recently, former Reddit CEO Ellen Pao called specifically for r/The_Donald to be removed from Reddit for hate speech.

Reddit’s new policies are much more precise about what is considered hate speech. That includes posts that mock people with disabilities, describe racial minorities as inferior, argue that rape should be acceptable, or express revulsion that people of color have the right to vote.

Current Reddit CEO Steve Huffman made a point to clarify that the latest bans are not about silencing conservative voices. Nonetheless, Trump is sure to make this about exactly that — and his administration will probably use it as more ammunition in its extended fight against mainstream social media writ large.

Both Reddit and Twitch are risking high-level blowback from lawmakers with today’s decisions. Still, they are the right decisions; both companies have made their platforms safer spaces today. Hopefully both sites can continue to enforce rules against hate speech in other contexts, too.