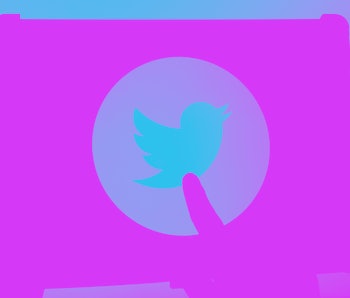 Twitter has shared its latest Analyst Day findings and we've gotten a glimpse into its future plans, including its ambitious goal to double its revenue from $3.7 billion in 2020 to $7.5 billion by 2023. But one announcement stood out the most from the network's Analyst Day plans: Twitter is working on a paid service option called Super Follow. The news comes only days after Jack Dorsey openly wondered about paying users for viral tweets.

The paid subscription option will let people show their appreciation for content creators from various backgrounds, with a monthly $4.99 fee. It's not clear when this option takes effect but we already have some ideas as to how it will affect the essence of Twitter as a free hell-website by giving users the ability to put a paywall up.

Background — In addition to Super Follow, Twitter will also work on a new "Safety Mode," The Verge reported. This feature will be much more proactive as far as moderating content is concerned, including notifying a user when their tweet is getting "negative attention" or "spammy replies." Safety Mode will also automatically block profiles that are found to be violating Twitter's guidelines on speech and community interaction. It restricts accounts' access to yours for seven days once they are proven to be abusing the platform. Users will have the option to enable Safety Mode or keep it inactive.

And that's not all. Twitter is working on a Communities option, which resembles the purpose and nature of Facebook Groups. The company is quietly but aggressively experimenting with additional features to see what sticks. Birdwatch, Twitter's crowdsourced fact-checking community, is one of those experiments and it's already unreliable.

Super Follow could be a game changer — Let's seriously consider Super Follow for a second. If Twitter goes ahead with a paid subscription service, it could give content creators and other users — from musicians, journalists, writers to tech analysts, engineers, data scientists, and more — some considerable leverage and autonomy in their respective markets and industries.

Depending on the value they offer, users might be excited to pay a monthly fee just to access certain high-profile and high-quality Twitter accounts. On the flipside, Super Follow could also fall flat on its face if users feel as if they're being scammed on yet another app.