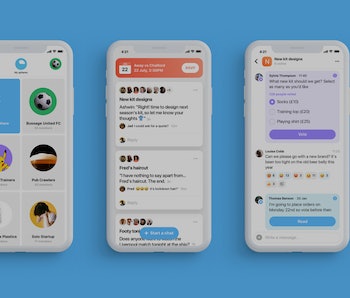 “Much like others, we’ve been watching and admiring Twitter’s growing investment in community-building with the release of Communities, Spaces, and features that promote safety,” reads Sphere’s blog announcement regarding the deal, adding that Sphere itself will begin winding down in the coming months as the company’s 20 employees begin transitioning into Twitter’s Communities, Direct Messages, and Creators initiatives teams.

Twitter’s expansion into new social tools — Dorsey and Twitter’s acquiring of the Sphere team comes as the social media platform is aggressively spreading to encompass more aspects of online life and communications. Recently, the company introduced Twitter Spaces, and while an obvious Clubhouse copycat, it could definitely prove far more successful than its short-lived Fleets failure. Spaces is meant to provide closed group chats and audio messaging, leaning on the networking aspects as opposed to simple follower lists.

Tip your content creators — If Spaces didn’t make it clear that Twitter is coming for a piece of those TikTok and Instagram influencer profits, its new Tip Jar feature should settle any confusion. Although currently only rolling out on iOS devices, Twitter promises the ability to send direct cash (and crypto) to profiles will soon come to Android users, as well.