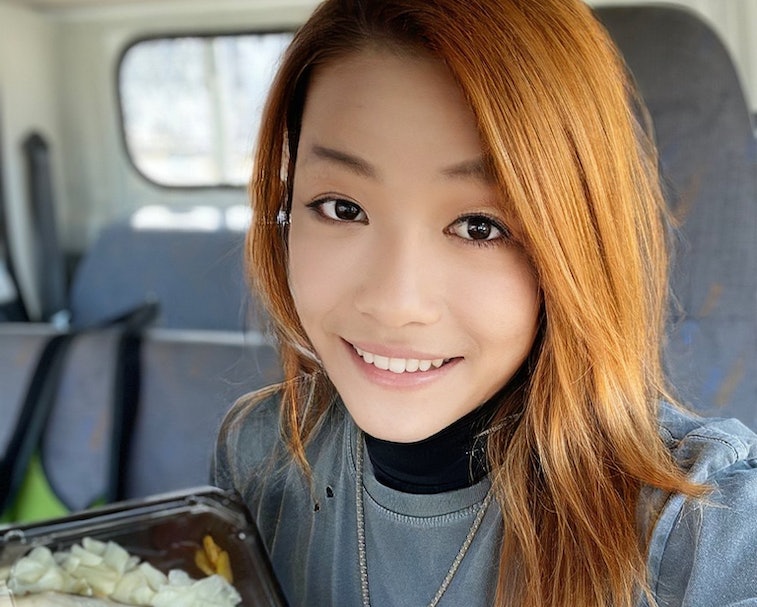 Local news calls it "photo fraud," which sounds a lot graver than "catfishing" but whatever you want to call it, we think it’s hilarious.

The reveal of the biker lady being a biker man was made on the Japanese TV show called Monday Late Show. The man told viewers he used the popular FaceApp, which can be used to change your entire physical countenance into a completely different person. With it, you can manipulate photos to change your gender, age, down to the minutest details like deep laugh lines to suggest senior citizen status, or thick facial hair to denote a much more masculine appearance.

The prankster’s name hasn't been revealed, but Vice reports he is basking in the spotlight, going as far as justifying his catfish biker persona. "If a girl like her existed," he said, per Vice, "anybody would go crazy for her, right?" Twitter user @senpai_hato__ uploaded a Nippon TV clip of the man.

The cat’s accidentally out of the bag — The man behind the elaborate biker account probably didn't plan to reveal his actual self to his audience. But little hints here and there started to lift the veil on his disguise. In a February 11 photo posted to Twitter, users pointed out a detail that was odd. The photos were supposed to show fans the back of the biker's ride, but a reflection in a side mirror revealed a detail a lot more interesting to the eagle-eyed. Twitter users pointed out that there was a man in the reflection, not the young lady ostensibly running the account.

What's even better in this saga is @azusagakuyuki's fans apparently don't mind the unexpected reveal. As Vice reports, admirers for @azusagakuyuki have cheered the biker on, including one saying that “it’s been a while since I enjoyed TV like this.”

None of the reports on @azusagakuyuki's big reveal touch on privacy issues that surround FaceApp, which was accused of selling user data to third-party vendors in 2019. FaceApp denied the allegation, The Verge reported that year, but the problem of ownership still remains. Simply uploading a photo to the app means FaceApp retains a copy for itself and can use it however it wants. But that issue might be inconsequential when you have an adoring following. It seems @azusagakuyuki is fine with the trade-off.