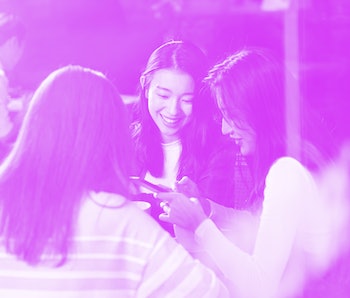 Twitter is looking into diversifying its business model by potentially adding payment options come 2022. The plan is still only being discussed, with very few steps in place at this point, but if CEO Jack Dorsey ends up going forward with the idea, you might soon see a very different side of one of the most popular social media networks online.

In comments shared at a virtual Goldman Sachs Technology and Internet Conference, according to Reuters, Dorsey said that his platform — which boasts at least 192 million daily users — could give the account holders of popular and viral tweets some type of payment. Of course, a portion of that payment will go to Twitter.

"I think the first thing we want to focus on is that economic incentive to people who are contributing to Twitter," Dorsey said at the virtual gathering. This isn't so different than what TikTok and Instagram have been discussing for their users with potential payment options for viral accounts. Each platform is considering providing financial incentive to users who contribute to the network on a frequent and heavily engaged basis.

Twitter wants to evolve — Dorsey's comments about a hypothetical payment system for tweets that get shared across the network follows Twitter's launch of Revue, which is its own version of Substack. A newsletter like Revue is supposed to encourage users to stay on Twitter and publish long-form content for their audiences. So, there's a chance we might see a shift from endless threads to more consolidated writing on the app. On top of that, Twitter is working on improving its Clubhouse audio app version called Spaces. Things are shaking up.

Will people like payments for their tweets? — We still have about a year to go before we even see an iteration of paid tweets. But before that, Twitter will have to figure out if people will even appreciate this kind of revenue diversification. It could win users over and encourage them to spend even more time on the desktop and mobile app. Or it could turn users off.

The general impression of Twitter is that it's the antithesis of serious business networking sites like LinkedIn. You go on Twitter to share your hot takes, memes, selfies, and get in unnecessary and tedious arguments with strangers. So, some users may not like the idea of a serious economic incentive slapped onto the platform as it turns a frivolous app into a side gig. Whatever Dorsey ends up doing, it's clear he wants people stuck on his hell website.