“We believe political message reach should be earned, not bought.” 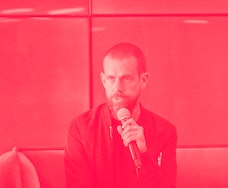 Suddenly sane? — According to a tweet thread by Twitter CEO Jack Dorsey on Wednesday, Twitter will ban all political ads beginning on November 22. The full policy will be made available on November 15, but for now we know the ban will affect both issue ads and candidate ads. Voter registration ads will still be allowed under the new policy, as well as other as-of-yet-unnamed exceptions.

In his tweets, Jack states that the ban is about money: “We believe political message reach should be earned, not bought,” he begins. The company first considered banning only candidate ads, but Jack says they soon realized that issue ads might present an easy loophole to work around the ban.

Eyes on Mark — Twitter’s announcement comes in the middle of an already-heated discussion about social media companies’ culpability for political content posted on their sites. Facebook has publicly defended its policy of not fact-checking posts and ads from politicians. The Trump campaign has already used this policy to its advantage, running ads claiming Joe Biden had bribed Ukranian officials.

Earlier in October, Joe Biden’s 2020 campaign asked Facebook, Youtube, and Twitter to reject any political ads placed by Donald Trump’s reelection campaign that were found to be false. When called upon by Biden and fellow Democratic front-runner Elizabeth Warren to change its policy, Facebook refused to remove the ads, stating the decision was grounded in “Facebook’s fundamental belief in free expression.

Is Twitter smart enough to do this right? — Jack’s tweet thread makes his (and therefore Twitter’s) stance clear: political advertising has no place on social media. The ban doesn’t affect what individual users can post, but it does stop politicians from using money to push their ideas out to millions via easily-gamed platforms. In order to be successful in its goals, the new policy will need to be precise in its definitions of “political ads.” For example, where does activism fall on the ad spectrum? Is an anti-ICE or Black Lives Matter campaign political? When it comes to identifying the right and wrong messages to let through, Twitter doesn’t exactly have the best history to look back on.

Jack also notes that this policy is only a start: he calls for more forward-looking political ad regulations in the future. Twitter’s stance sets a new precedent for advertising in social media, one that’s sure to have long-reaching effects.