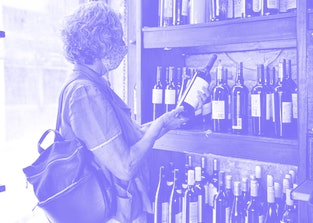 The value of the deal, in stock and cash.

Uber has announced its intent to purchase Drizly, a Boston-based alcohol delivery app, for $1.1 billion in stock and cash. Uber says that, once the acquisition is complete, it will eventually work to fold Drizly’s services directly into the Uber Eats app — but Drizly will continue operating as a separate app, too.

“Cory and his amazing team have built Drizly into an incredible success story, profitably growing gross bookings more than 300 percent year-over-year,” said Uber CEO Dara Khosrowshahi. “By bringing Drizly into the Uber family, we can accelerate that trajectory by exposing Drizly to the Uber audience and expanding its geographic presence into our global footprint in the years ahead.”

Current Drizly CEO Cory Rellas — who co-founded the company in 2012 — also seems excited about the company’s purchase, and not surprisingly. “We are thrilled to join a world-class Uber team whose platform will accelerate Drizly on its mission to be there when it matters—committed to life’s moments and the people who create them,” Rellas said in a statement.

Drizly’s acquisition has the potential to be monumental for Uber. The company’s investments in food delivery have paid off majorly, especially since the onset of the COVID-19 pandemic. The alcohol delivery market is sparse enough still that Uber’s timing could have a massive payout. Plus, Uber's eager to get more involved with services that, unlike its on-demand car service, actually generate income.

Drinks to-go — Visiting bars is out of the question in most places at the moment, which has left us with no choice but to pull out our best shakers and pretend to be bartenders at home. But unlike restaurants, most alcohol retailers don’t offer their own delivery services — and, if they do, they’re rarely on-demand.

There aren’t many apps that consolidate alcohol delivery in one place, either. State and local regulations around alcohol delivery are notoriously finicky — especially when it comes to confirming customers are actually over 21 years old — so stepping into that market is choosing to walk through a minefield of legal ramifications... one Drizly's already learned to navigate.

Drizly doesn’t actually take a cut of the orders it fulfills, instead charging liquor stores a monthly fee to use its software. This workaround allows it to operate without a local liquor license of its own.

All about the goods — Uber, primarily a human-delivery service, has had to shift its business strategy in major ways during the pandemic. Last March, Uber saw its ride-hailing customer base dip almost 80 percent. The company’s numbers have since improved significantly, but the pandemic is also still very much ongoing. People just don’t need as many Ubers as they used to.

And so Uber has been forced to hedge its bets on food delivery instead — a pretty low-stakes bet, given that restaurants across the United States are still operating with limited seating capacity. Uber Eats has really been the company’s only saving grace during the pandemic. It’s no wonder Uber purchased direct competitor Postmates last summer.

Alcohol delivery could be a much-needed boon for Uber’s business model. It’s unlikely to change conditions for its many gig workers, though.