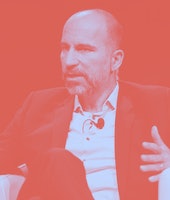 The number of sexual assaults which took place in Uber rides in 2018.

In its first-ever safety report, Uber presented some disturbing data: 3,045 sexual assaults were reported in U.S. rides in 2018. The reported victims were riders in 92 percent of these cases. The report also mentions nine murders and 58 crash-related deaths during the same year.

Difficult to digest — Uber notes that the total number of unsafe incidents comprises only a small fraction of its total 1.3 billion rides in the U.S. last year. But the company is not mincing its words when it comes to admitting the figures are troubling.

“The numbers are jarring and hard to digest,” said Tony West, Uber’s chief legal officer. “What it says is that Uber is a reflection of the society it serves.”

Safety has long been an issue here — Uber and other ride-sharing services have dealt with issues of safety for a very long time. In 2017, a woman in India sued Uber after the company allegedly mishandled her medical records. She’d been raped by her Uber driver. Lyft, too, faces safety issues: just this week, 19 women brought a lawsuit against Lyft, alleging that they had been sexually assaulted during their rides.

Uber needs to assume more responsibility — West’s comments amount to excuses. Yes, sexual assault and other violence are larger societal issues; that does not mean Uber should not be doing more in response to these known issues.

It’s also unacceptable that this is the first report Uber has ever filed on its company’s safety. Uber has increased its security in the recent past, so the company obviously understands that safety is a concern. Now that it has released a report, it isn’t even a comprehensive one: the report only covers the United States, despite operating in 65 other countries.

“We are doing this, frankly, because the public has a right to know,” West said. If that’s the case, why isn’t more being done?