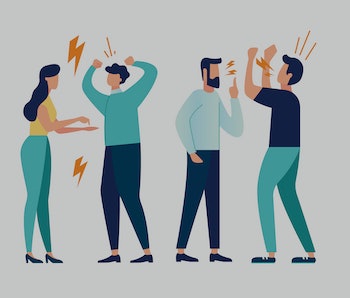 It’s been more than four months since Twitter first announced “Fleets,” the network’s take on ephemeral posts. The feature still hasn’t been rolled out to most of the world, but that hasn’t stopped us from stewing over that really bad name.

Now it seems Twitter is doubling down on the Fleet idea. The network is now testing Collaborative Fleets, according to Twitter user Amrith Shanbhag.

Twitter confirmed the test in a statement to SocialMediaToday: “We are testing something new for some people using Fleets in Brazil so they can Fleet with another account and everyone can see their conversation for 24 hours. We are trying this to understand how people might use this new way of having conversations in Fleets, as part of our bigger efforts to better serve the public conversation and encourage people to share fleeting thoughts."

We’re still not exactly sure what the deal is with fleets. Are they ever coming to the U.S.? Will there be archival records of them — say, if they’re needed for evidence in showing how Twitter allows far-right conspiracies to spread — or will they be truly ephemeral?

No matter how they’re integrated into Twitter, fleets are sure to add chaos to a platform already teeming with it.

Did you say...co-fleets? — Yes. It’s kind of like co-streaming on Instagram, but less live and in your face about it. The “co-fleets,” as Shanbhag calls them, would essentially allow users to post their conversations for the world to gawk at for just 24 hours.

Users not involved in the co-fleet will only be able to reply to the conversation via Direct Message, and those replies won’t show up in the co-fleet thread. As with other fleets, users will be able to send emoji reactions to the messages, much like those Twitter added to DMs earlier this year.

Fleet UI changes, too — Twitter’s fleets are still very much a work-in-progress. According to everyone’s favorite code-leaker Jane Manchun Wong, Twitter has been expending some effort in tweaking the user interface for sending and viewing fleets.

The new fleet UI includes the user’s handle under the fleet bubble and, in general, makes the interface look a lot more like Instagram stories, right down to the full-screen display and reply bubble at the bottom. The updated UI also makes it easier to swipe between text and photo options.

Chaos reigns — Of course, this could all look entirely different by the time Twitter rolls out fleets for everyone. No matter what it looks like, though, fleets are going to make Twitter even more difficult to moderate. Just think how easy it will be for hate speech and misinformation to spread when the evidence disappears in 24 hours. The pandemonium has only just begun.