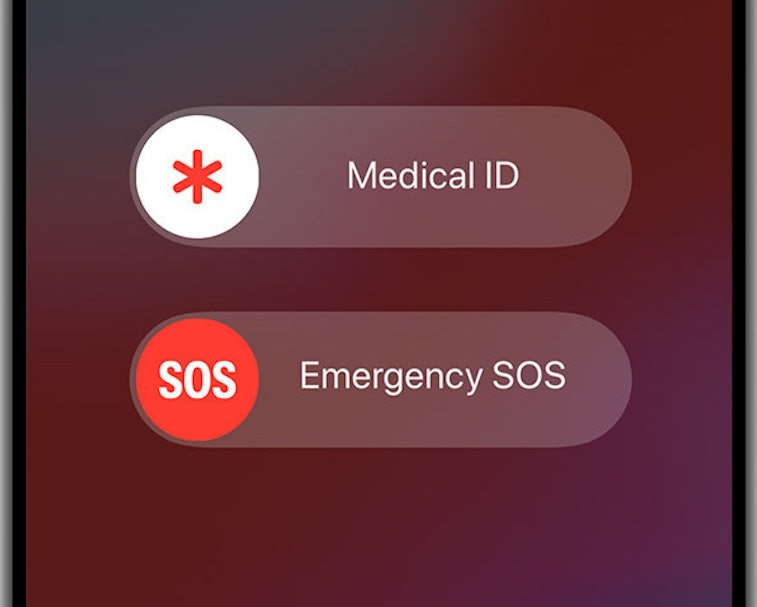 The iPhone’s Emergency SOS feature came to the rescue of a woman in Virginia Beach, according to a report from CBS affiliate WTKR on Monday. The anonymous woman, who told the outlet that a stranger attempted to sexually assault her on Sunday, said she used her Emergency SOS option to alert the local police department.

The man accosted the woman and asked for her help finding his iPhone on the shore, according to WTKR. "I wasn't suspecting he was bad. He was a very normal, nice-looking guy," the woman told the CBS affiliate. "I was like, 'Where are your friends? Why are you alone?' He was like, I'm in the military. I'm not from here,' and my brother is in the military — I felt bad for him."

When the pair went to the shore, the woman attempted to help the man by locating his iPhone through the "Find My" app, with no success. The man's lack of familiarity with the iPhone interface led the woman to believe he was lying about the entire scenario. When she attempted to flee, he tackled her to the ground, per WTKR. Fortunately, the woman enabled her the Emergency SOS feature and alerted the police, who then arrested the man upon arriving at the scene.

A rescue option — iPhone's Emergency SOS feature — which debuted in 2016 and can be enabled by going to the phone’s Settings — is activated by hitting the sleep/wake button five times. With this, your iPhone will automatically connect you with your local emergency number. The feature also allows you to add your own emergency contacts, alerting them to your location, and giving them updates on your whereabouts.

This won’t be the first time Apple’s emergency alert feature helped a user in a life-threatening situation. In July, a man in Chicago credited Apple’s SOS option for saving his life in a jet ski accident and in 2018, a young mother used her Apple Watch’s Emergency SOS feature after a car crash. It’s quite literally a life-saving feature.