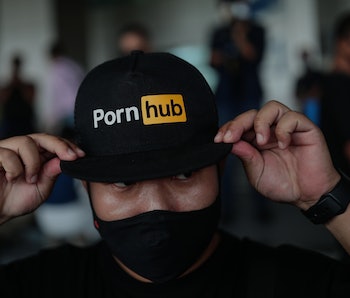 Visa CEO Alfred F. Kelly, Jr. released a statement saying the company strongly disagrees with the judge’s dismissal. “Our rules explicitly and unequivocally prohibit the use of our products to pay for content that depicts nonconsensual sexual behavior or child sexual abuse,” Kelly writes. “We are vigilant in our efforts to deter this and other illegal activity on our network.”

The case places a heavy focus on the profits MindGeek made from this video. Because MindGeek runs many free websites, it makes more than half its revenue from its advertising arm, TrafficJunky. MindGeek, for this reason, has an incentive to drive traffic to videos like the one of the plaintiff.

“Like a billboard on Interstate 5 is more expensive than the Grapevine,” the lawsuit states, “the price to advertise on MindGeek’s sites corresponds with the traffic on those sites: the higher the traffic, the pricier the ad space.”

Pornhub’s dominos keep falling — Earlier this summer, both the CEO and COO of MindGeek resigned from the company. The company has been caught up in intense controversy for years now; this particular lawsuit is just one of many.

“We look forward to shining a light onto the lengths Visa goes to ensure the integrity of our people and network,” concludes the Visa CEO in his statement.