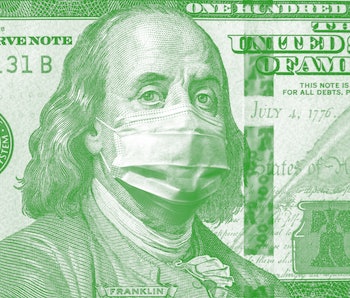 Quiver Quantitative is making it much easier to visualize where and how the government is handing out Paycheck Protection loans across the U.S. The alternative data company has, using its own platform, released an ongoing map of which businesses have received loans through the pandemic relief program. The project isn’t complete just yet; Quiver has only uploaded data from nine states so far.

The map is incredibly comprehensive and will only become more so as more data is uploaded. Each loan is marked with a data point, color-coded to denote the type of business: indigo for corporations, red-orange for self-employed individuals, and so on for 16 different business types.

Thanks to this color-coding, the map is already a veritable constellation of data points. You can zoom around the map and hover over individual points to note the amount of a loan given to a particular business.

PPP? — By this point, you’ve likely heard of the Paycheck Protection Program, otherwise known as PPP — a federal government program that grants loans to small businesses for purposes of keeping their employees paid during the COVID-19 pandemic. These aren’t your average loans; they have very low interest rates and can even be completely forgiven if the business uses the funds for their intended purposes.

This past Monday, the federal government released a full list of PPP loan recipients since the program was first created in April. Approximately 4.9 million loans have been granted thus far, with an average loan size of $100,000. For loans of more than $150,000, the PPP list includes the recipient’s name, address, demographic information, and number of employees. Smaller loans omit the company’s name and address.

What do Kanye and Ayn Rand have in common? — The release of this list has been very telling of the government’s lenient definition of who, exactly, is deserving of these low-cost loans.

Kanye West’s Yeezy brand, for example, received a loan between $2 million and $5 million, despite West constantly bragging about his riches. The Ayn Rand Institute — yes, that Ayn Rand — received a PPP loan of up to $1 million. Other recipients of large-sum loans include companies with major connections to Donald Trump. Loads of well-known artists, ranging from The Eagles to the Chainsmokers, have also received PPP loans.

Though the government's disclosure of these loans is a win for transparency, no single person would have ever had the time to scroll through all 4.9 million loans, never mind analyze them by business type and location. By creating this map, Quiver Quantitative is making it much, much easier for us to understand where, exactly, the government's generosity is going.