Voting misinformation is making the rounds on YouTube now, too 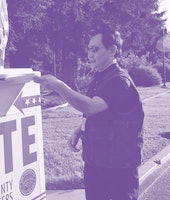 Misinformation around this year’s presidential election has been spreading across social media networks like wildfire. YouTube isn’t immune to the problem, a new study from Media Matters illustrates, even though the video-sharing site is usually excluded from the conversation.

Researchers at Media Matters found that right-leaning YouTube channels posted 39 of the top 100 videos about mail-in voting between March and August of this year. These videos racked up an astonishing 8.6 million total views — more than 47 percent of the total views for those videos studied.

Every single video produced by the five most popular right-leaning YouTube channels contained misinformation about voting by mail. All this comes despite consistent messaging by YouTube that it’s taking an adamant stand against misinformation. This isn’t a new problem. It’s well beyond time for YouTube to take executive action and live up to its promises.

What about the other videos? — Of the remaining popular videos discussing mail-in voting, left-leaning channels posted just 22 of the top 100 videos in the study’s six-month period. Those videos accounted for 4.2 million total views — less than half of those accumulated by right-leaning channels’ videos.

During the same six-month period, channels not obviously aligned with a political ideology uploaded 33 of the 100 most popular videos, with a total view count of 5.6 million.

This isn’t being taken seriously — YouTube has, in the last few months, made it very clear that it won’t stand for voting misinformation. The company’s most recent policy update states that any “content aiming to mislead people about voting” would violate its policies and be deemed removable.

And yet here we are presented with evidence that YouTube is doing no such thing. In just six months, more than 8.6 million people watched videos with false claims and purposeful misinformation around mail-in voting. There are likely more, too — the study’s limited scope means only the most popular videos were counted.

An ongoing issue — Social media companies are failing to moderate their platforms in the ways they’ve promised. Facebook has been the subject of the most scrutiny in this area, thanks mostly to the company’s general refusal to do anything but slap a generic label on blatant misinformation.

It’s time for YouTube to be included in more of these conversations. This isn’t the first time the platform has been shown to be a hotbed of misinformation — earlier this year, videos with false claims about climate change became so prominent on YouTube that members of Congress wrote an open letter to Google calling for extreme changes in the platform’s moderation.

There is an obvious gap here between YouTube’s promises and its actual enforcement. Right-leaning outlets are using the platform’s lax moderation to spread misinformation to millions of people — with next to no threat of the videos being taken down, never mind repercussions being dealt.