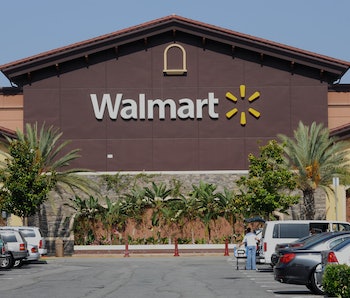 Walmart is currently seeking a “digital currency and cryptocurrency lead” who will be responsible for developing and scaling blockchain-based commerce across its services, adding more proof to the pile that we are nearing a new era of mainstream crypto usage atop troubling, corporate-centered banking alternatives. Despite weak downplaying to the contrary, companies like Amazon and Facebook have already shown their hands as they move to identify and adopt cryptocurrency programs, so it doesn’t come as a huge surprise to see the Big Box to end all Big Boxes is continuing to lay its own blockchain foundations for future consumer options.

Almost exactly two years ago, word got out that the Bentonville, Arkansas, corporation hoped to patent its own stablecoin akin to Facebook’s much beleaguered Project Libra. Back in April, Walmart also filed a trademark for “Hazel by Walmart,” which many suspect to be a fintech banking alternative “likely to yield a broad ecosystem of financial services, such as bank accounts, lending, digital payments, and more, all led by a mobile-first ‘super app,’” according to a recent report from Fast Company.

Although it seems unlikely that a service like Hazel would only restrict its banking and financing options for in-house economics, there’s no way it won’t include incentives to keep its consumer base operating almost entirely within a greater Walmart ecosystem. It remains to be seen how this will all shake out in the end, but it’s hard not to envision a world where people’s finances, security, and most personal data are centered on a single megacorp like Walmart, Amazon, or even Facebook... which isn’t the most comforting of thoughts.

Walmart continues its conquest of American life — Finances are only one of the areas in which Walmart is hoping to be customers’ go-to (read: only) choice in the near future. With everything from drone delivery services, shelf-stocking robot experiments, and self-driving vehicle projects on the table, Walmart and its competitors are hoping to create a corporate bubble in which every aspect of American life can be addressed in-house, thus keeping all the profits (and data) to themselves. It’s extremely troubling to think of a day when your retirement fund is overseen by Walmart Wealth Management Company, but it’s also somewhat hard to see how it won’t continue in that direction. Then again, it’s not as though our current system is really looking out for us to begin with, so... same as it ever was, in a way? Sigh.