Warner Bros. will let you stream its entire 2021 slate of films at home

“We’re living in unprecedented times which call for creative solutions.” 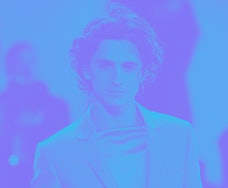 Warner Bros' new release strategy is bound to win over some frustrated hearts in 2021. Per Variety, the company has announced that it will run the full slate of its films on HBO Max as well as cinemas upon release.

Initially, as Input reported yesterday, only Wonder Woman 1984 seemed to be getting the coveted treatment. Now it sounds like The Matrix 4, Dune (hell yes), In The Heights, The Sopranos (hell yes again), The Many Saints of Newark, and The Suicide Squad will appear on HBO Max.

Of course, behind this generosity is circumstantially induced despair. With the COVID-19 pandemic, the theater industry has felt the economic blow of lockdowns and social distancing. Of course, companies have attempted to breathe life into open cinemas and some have even disregarded public health warnings, but nothing has truly healed the movie business. Warner Bros' offer, then, is partially anodyne for the struggling film sector and partially respite for audiences who long to return to normalcy — whatever that may be.

What else is on the list — In addition to the aforementioned titles, viewers can expect to see:

The battle is still very much on — Despite pandemic woes, streaming wars carry on. In fact, with millions working remotely, streaming services have attempted to win more viewers while the issue of subscription mooching remains ever alive. Nestled in this star-studded slate is also fiery competition between HBO Max and streaming rival Netflix.

By packing 2021 with new films and returning shows that carry massive cultural appeal — think The Sopranos — HBO Max is bound to step on Netflix's toes. Even Warner Bros admits its slate for 2021 is a "unique one-year plan," according to Variety. Warner Media's chair and CEO Ann Sarnoff said, "We’re living in unprecedented times which call for creative solutions."

"No one wants films back on the big screen more than we do," Sarnoff added. "We know new content is the lifeblood of theatrical exhibition, but we have to balance this with the reality that most theaters in the U.S. will likely operate at reduced capacity throughout 2021."