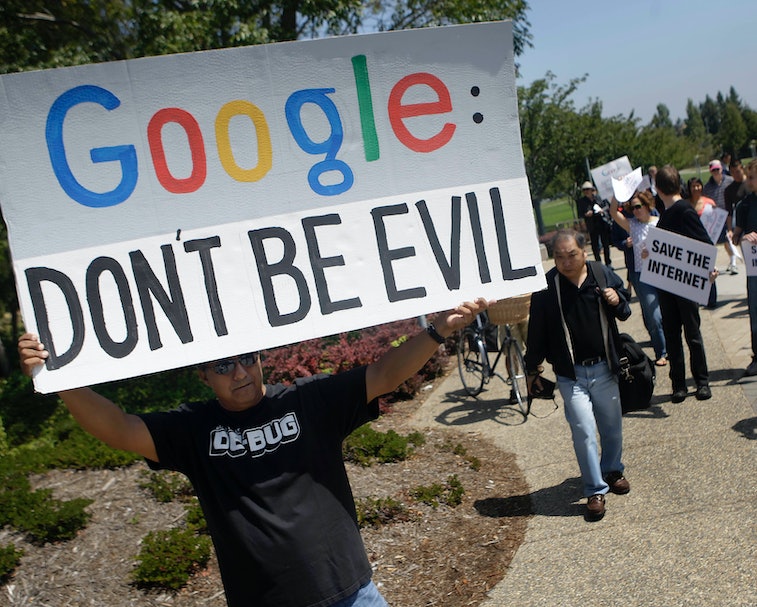 Google has been ordered by the National Labor Relations Board (NLRB) to submit more than 70 documents pertaining to a union-busting campaign known internally as “Project Vivian.” Motherboard reports that Google has been directed to hand over the subpoenaed documents “immediately.”

While the precise contents of those documents are unknown (hence the project’s secret nature), the NLRB says they include materials meant to instruct managers on how to campaign against unionization, general anti-union messaging, and updates on how the unionization was being viewed amongst employees. The documents were reportedly created with IRI Consultants, a labor relations firm contracted by Google to create the anti-union campaign.

The judge’s new orders — which are part of a larger ongoing investigation into Google’s (allegedly) unlawful union-busting activities — make it abundantly clear that Google had some sort of ongoing contract with IRI Consultants to put an end to collective organizing. Which makes it all the more impressive that Google employees have continued organizing nonetheless.

An ongoing investigation — The NLRB’s new orders are part of a larger ongoing investigation into the firing of three ex-Googlers who say their positions at the company were terminated for participating in union-building activities. The employees allege that they were illegally surveilled leading up to their firing.

The NLRB first filed its complaint in December 2020, about a year after Google fired Kathryn Spiers, then a security engineer at the company. The official reason for her firing: “intentional and often repeated violations” of data security policies. She was canned just hours after circulating a pop-up message when employees visited IRI Consultants’ website that read, “Googlers have the right to participate in protected concerted activities.” This firing, along with a handful of others with similar circumstances, led the NLRB to conduct a full investigation.

Union progress nonetheless — The public still has little hard evidence of Google’s union-busting, but ordering the company to release secret documents definitely makes it look like the NLRB is hot on the trail.

Organizing sentiment has remained high across Google despite the company’s concerted attempts to squash it. Not one but two Google unions have been formed in 2021.

Big Tech has never shied away from using underhanded maneuvers to burn unions before they’ve even fully formed. The public is privy to those tactics far more often than we used to be, though, thanks in no small part to increased oversight from watchdogs like the NLRB. The Board this week announced that Amazon workers in Bessemer, Alabama will be allowed to re-vote on unionization.