We spent less on Black Friday this year than last, believe it or not 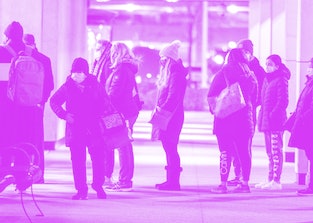 Online Black Friday shopping brought in less revenue this year than the former — a first in many years. American consumers spent a total of approximately $8.9 billion online on the most chaotic shopping holiday of the year, according to a report from Adobe’s analytics arm, which comes in just under last year’s $9 billion.

It’s the first time Adobe has marked a downturn in overall online spending on the day after Thanksgiving. Last year’s $9 billion was a record for shopping across the web, up an impressive 21.6 percent from 2019’s numbers.

The precise reasons for this downturn are likely numerous and complex. Last year’s online Black Friday sales may have seen a boost thanks to pandemic-driven in-person shopping closures last year, for example. Adobe suspects the overall decrease — which is quite minimal, to be fair — is related to general shopping habit changes this year, including earlier gift shopping. We’re wondering if Hanukkah’s early start date this year (just days after Black Friday) contributed to the trend, too.

Still on track for the year — The slight decrease in year-over-year Black Friday sales is really the only place where shopping has trended downward this year. Consumers still did spend much more on Black Friday than in the days leading up to it, and overall U.S. consumer spending sits at about $89 billion for 2021. That’s $18 billion more than in 2020. It’s not that consumers are spending less — it’s just that they spent lots before Black Friday.

Early buying hasn’t stopped retailers from keeping prices lowest around Thanksgiving, though. In just about every category Adobe tracked — computers, appliances, toys, apparel, electronics, and televisions — prices decreased throughout October and bottomed out around Black Friday.

Oh mighty supply chain… Adobe’s analysts are all but certain the decrease in Black Friday shopping can be chalked up to changes in American shopping habits. “Shoppers are being strategic in their gift shopping, buying much earlier in the season and being flexible about when they shop to make sure they get the best deals,” said Vivek Pandya, lead analyst at Adobe Digital Insights.

Holiday shopping has also been affected by the overwhelming supply chain crisis. Every part of the global supply chain has been interrupted by COVID-19 setbacks, leading to shortages in just about every industry. Many Black Friday shoppers may have spent less this year simply because the products they hoped to buy were out of stock.

Oculus, Barbie, and Nintendo’s Switch were the most-sought products on Black Friday this year, according to Adobe’s data. Veteran’s Day sales earlier this month proved more popular for the PlayStation 5and Lego sets. Today’s Cyber Monday sales are expected to bring in up to $11.3 billion across the country.