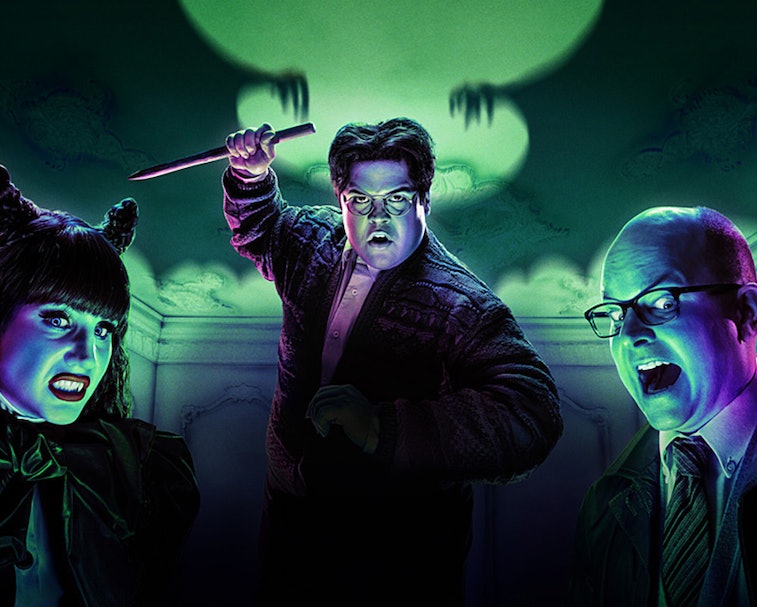 When life gets too serious, a hearty dose of levity and humor can help lift the spirits. If it's absurd humor, even better. To that end, FX’s What We Do In The Shadows (WWDITS) is a brilliantly executed series that blends absurdism, elaborate costumes spanning Romanian, Ottoman, and English histories, and surprisingly gullible vampires, to create one hilarious and unexpectedly addictive show.

The TV series is an adaptation of the movie of the same name which starred (and was written and directed by) the always sweet Taika Waititi and charmingly peculiar Jemaine Clement as vampire housemates in Wellington, New Zealand, who have the same quotidian woes and miseries regular people do when they’re forced to cohabit with others.

I started watching the show at the beginning of the COVID-19 pandemic as a way to kill time during the seemingly interminable lockdown. Now I have it completely memorized because, first, I’ve had too much time on my hands, and second, it’s just that good.

In the midst of a global tragedy, there’s something cathartic about a show involving centuries-old vampires trying to figure out contemporary American life, flicking ancient coins at cashiers for their groceries, and struggling with the internet, and one another. It’s ridiculous, but that’s exactly what I need right now.

WWDITS sees traditional, blood-sucking vampires Nadja (Natasia Demetriou), Laszlo (Matt Berry), and Nandor the Relentless (Kayvan Novak), and “energy vampire” Colin Robinson (Mark Proksch) trying — but failing — to take over the world from their shared house in Staten Island. They're accompanied by their adorable human familiar Guillermo (Harvey Guillen) who desperately wants to be turned into a vampire, pays $1,000+ to live in a literal closet, and cleans up after his thoughtless master, Nandor, with promises that one day his dream will come true.

Unlike comedies about city government antics like Parks and Recreation, dysfunctional relatives like Modern Family, or annoying coworkers like The Office, WWDITS relies on the combination of vampire tropes and the mundanity of regular life for its laughs. And there are plenty of them.

Nadja, Laszlo, and Nandor are the “traditional” insofar as they require human blood for sustenance, will burn to a crisp in the sun, and desperately want to add garlic to their pizzas... but fear the fatal consequences thereof. Colin, meanwhile, gets his kicks (and his life force) from boring colleagues to death with pointless tales, useless factoids, or soul-crushingly repetitive or administrative tasks. We’ve all encountered a Colin Robinson at the water-cooler or in a line at the DMV, and his addition to the show’s universe (there was no Colin in the film) is welcome and delightful.

What We Do In The Shadows
Hulu

You can watch the show as a free trial for the first month on Hulu. After that, it's $5.99 per month.

I fell in love with WWDITS for being a horror mockumentary about the trials and tribulations of these vampire roommates who are a little too relatable to millennials, despite being centuries old and able to turn into bats on a whim. Nandor is an Ottoman Empire-era vampire who wears elaborate Muslim warrior garb, loves to shop for glitter at the dollar store, and has to use notes to hypnotize his victims, including Staten Island council members.

Nadja, meanwhile, is a vampire from a destitute Romanian village where, she tells us nonchalantly, she once had to eat a donkey during a famine. Her on-screen, portly, and overly self-confident husband Laszlo is my personal favorite. A self-identifying bisexual, Laszlo has a penchant for insulting his housemates, pretending to be a bartender in Pennsylvania, and getting incensed at any criticism for his former career as an adult performer.

I love the brilliant parody of genre favorites like Bram Stoker's Dracula, Blade, Underworld, and of course the fremdschämen-inducing Twilight, but it’s the endearing characters that have kept me coming back, and have me eagerly awaiting a new season. The show perfectly juxtaposes the yearning for their former glory as ruthless warriors and untouchable royalty with modern trivialities like email passwords, spam, and thinking the Super Bowl is a celebration of the "Superb Owl" (an especially ridiculous episode) and other charming mishaps. It’s perfect TV comfort food that’s as satisfying as it is smart, and I love every minute of it. If only I was a vampire so I could enthuse about it for centuries to come, rather than merely the estimated four-score and ten.

More like this
Ian Carlos Campbell
Sep. 13, 2022
Good Riddance
A new Adobe report confirms no one likes the poop emoji
Chris Stokel-Walker
Sep. 14, 2022
Artificial intelligence
This couple is launching an organization to protect artists in the AI era
Chris Stokel-Walker
Sep. 13, 2022
Unblinking eye
A surveillance artist shows how Instagram magic is made