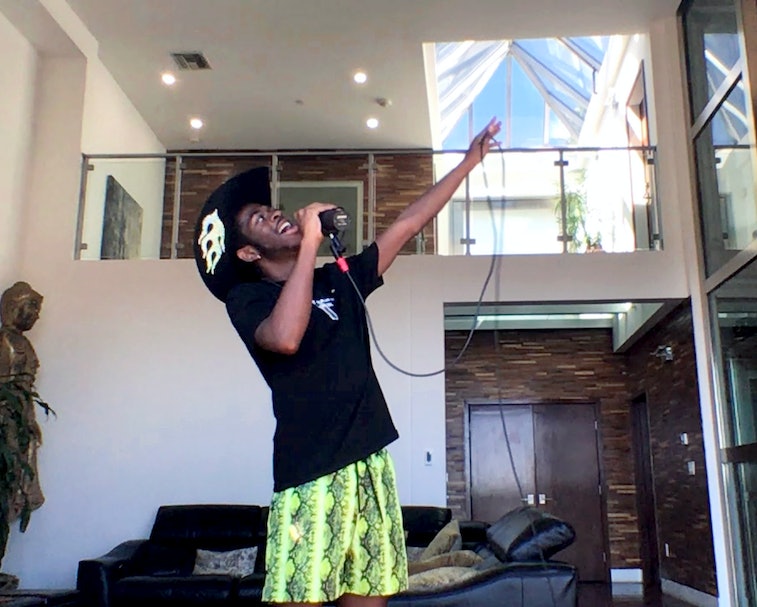 Lil Nas X took the internet — and the larger music scene — by storm last week with the release of his hit “Montero (Call Me by Your Name).” The long-hyped rollout made an even bigger impact with related releases like a browser game all about shaking your butt and the now-infamous “Satan Shoes”.

“Montero” rose to the top of the charts with ease. It’s been the most popular song on Spotify worldwide since its release, and it debuted at the coveted number-one spot on Billboard’s rankings. More recently, though, the song has been facing some strange obstacles to everlasting fame — most notably that it is, for some reason, disappearing from various streaming services.

Lil Nas X tweeted on April 13 pleading with fans to stream the song because “it may no longer be available tomorrow.” He didn’t provide an explanation for his worry. The day prior, he had tweeted a similarly abstract message, asking his followers to check whether or not “Montero” was still available on Apple Music.

In the days since his posts, fans have flooded Twitter with screenshots showing that, yes, the song is unplayable on certain streaming platforms in certain locations. And no one seems to know why that might be.

Let’s look at the screenshots — “Montero” hasn’t become unavailable for me, a U.S.-based Spotify user. At least, not yet. Based on the replies to Lil Nas X’s tweets, this is generally true of those with the same setup (streaming from Spotify in the United States). A fair amount of users in other locations — Europe, the U.K., and Australia, for instance — have noted that the song still streams fine for them, too.

The strangest part about the song’s apparent removal is how sporadic it seems. Some Apple Music users are able to stream “Montero” with no issues, while others receive a notice saying the song is “no longer available.” On Spotify, some users report that the app just skips over the song without any explanation.

Where did it go? — One popular theory is that Lil Nas X has faked this situation as a prank, in order to garner more attention for the single and his upcoming debut studio album. This theory seems to have been debunked: The official Columbia Records account tweeted on April 13 that the situation is out of their control.

Neither Lil Nas X nor Columbia Records have provided the public with more details though. The secrecy around the situation lends some credence to another popular theory, which is that the song is being removed from some locations for legal reasons. The unabashedly queer song and video have been torn apart by conservative commentators, for one thing. It also features prominently the title of a copyrighted work, André Aciman’s novel, Call Me By Your Name.

If the answer is legal in nature, it may be a while before Lil Nas X or his record label are able to speak about the specifics. We’ll be waiting for answers, and playing the track on repeat while we do.