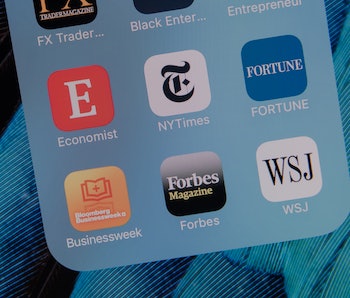 Forbes, the 103-year-old financial magazine titan, is working on modernizing its news program. In an exclusive report by Axios, the company's executives confirmed that Forbes will launch a newsletter platform where 20 to 30 writers will be able to run their own paid-newsletters and then split whatever is earned with the magazine. At this moment, there are plans to have five to six newsletter hires for January with sector and industry-specific corners dedicated to consumer gadgets, travel trends, movies, and other topics for Forbes readers.

What's on Forbes' horizon — The move is to broaden Forbes' platform into a media landscape where writers have enough editorial independence (or so it says) to share their views on a platform beyond the official magazine and get paid for it. For now, the magazine plans to run newsletters by tech editor Dwight Silverman, entertainment critic Scott Mendelson, and travel writer Suzanne Rowan Kelleher.

The revenue will be split 50/50 between the writer and Forbes. Ad revenue is contingent on page views and visitors, according to Forbes' chief content officer Randall Lane. Writers will also have editorial input, copy editing expertise, and regular fact-checking feedback, Axios notes. If this sounds oddly familiar, it's probably because you're thinking of Substack — the other newsletter platform — which has gained success and controversy over the past few months.

Is this Forbes' own Substack? — By creating its own newsletter program, Forbes is kind of taking on the direction of platforms like Substack, Medium, or even Tinyletter where writers, both established and newcomers, can focus on their own dedicated subject matter and be financially rewarded for it. But the main difference between Forbes and Substack's platform is that the latter gives almost full independence to writers by letting them say and do whatever they please. Moderation is lax on Substack where readers — and only readers — pay writers. For that reason, it's also a source of controversy.

All in all, this is intriguing news. Forbes' newsletter venture is worth keeping an eye on as it is the first legacy publisher to come out with a Substack-like experiment in our shaky media ecosystem. Unlike HuffPost's blogger community which has no monetization system in place, this won't be run like a contributor network with little to no quality control and promises made to provide "exposure" for the struggling writer. At least, that is what Forbes executives' vision sounds like.