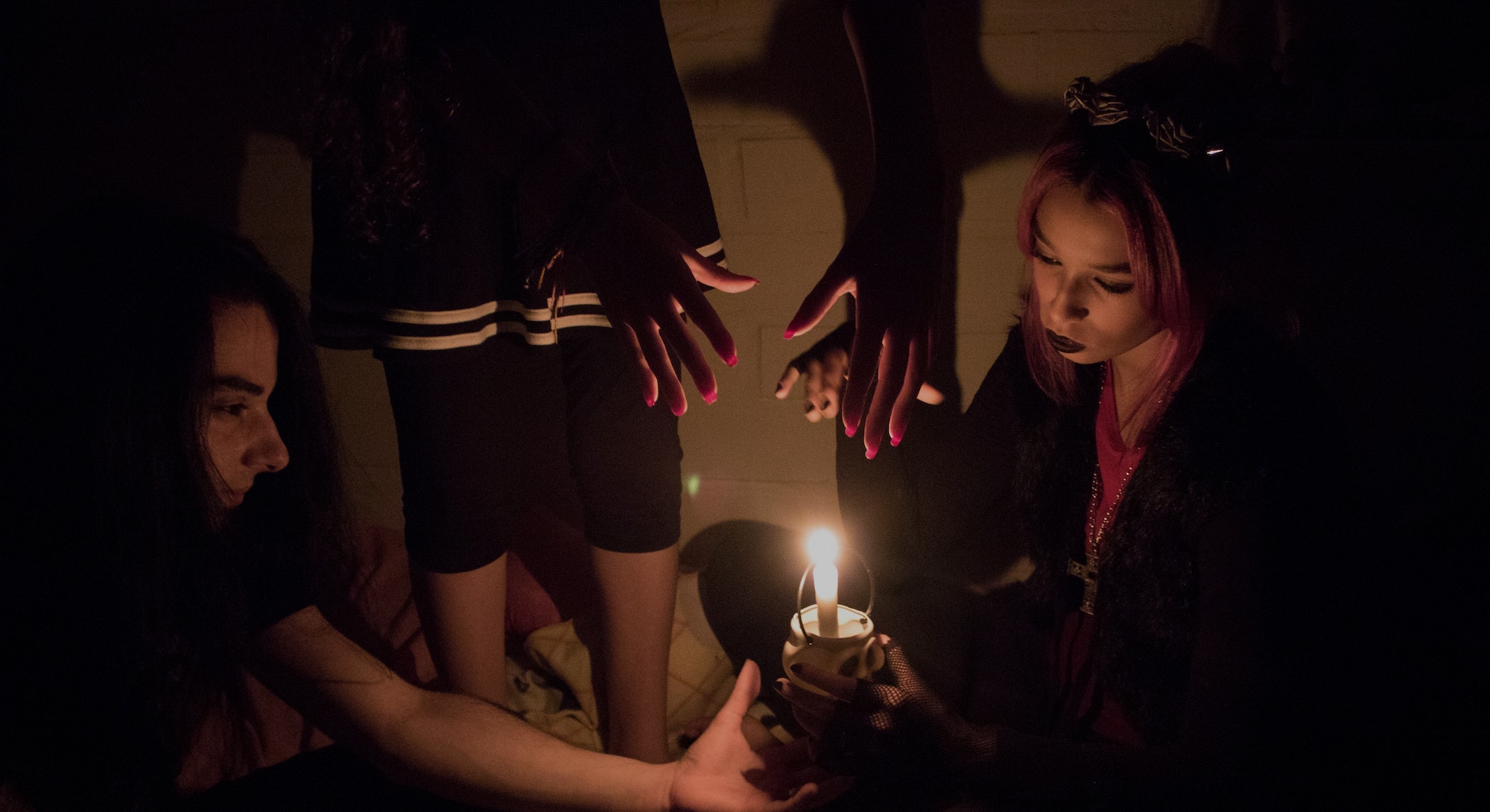 Taylor, a 28-year-old nonprofit worker who lives in Tennessee, is still reeling from her recent breakup.

She made the difficult decision to end the relationship when her long-distance partner broke the boundaries set up to protect what was supposed to be a respectfully non-monogamous romance. The wound is still fresh — but she seems cheery and resolute.

“I’m going through a hard time, but I’m not drinking,” says Taylor. (Input is withholding the last names of the people in this article out of respect for their privacy). “If I was still drinking, I’d be a mess.”

Taylor’s abstinence from alcohol during this turbulent time is a testament to how far she’s come recently. She began a problematic relationship with drinking at the age of 18 — something she’d hoped to avoid as the daughter of two alcoholics. Her last significant breakup, in 2019, was the catalyst for her downward spiral into full-blown alcoholism.

“I started to drink and drive. I didn’t want to live anymore.”

“I started to drink just to go into work,” she says. “I started to drink and drive. I didn’t want to live anymore.” Taylor said her drinking also led to self-harm, and that the responsibility of taking care of her two cats was the only thing that kept her alive.

Now, things are different. She’s found a belief system to help her keep her nearly year-long sobriety streak going. With the help of a friend — and the guidance of online communities — Taylor has spent the last eight months becoming a practicing witch.

Instead of spending this Halloween drinking like many adult revelers, Taylor will be meeting up with her friend to conduct spells and rituals under the moonlight of Samhain, or Halloween, a holiday that many witches believe increases the power of their magic.

Many Wiccans have been sharing their plans for IRL meetups online, and Taylor, as an inexperienced witch, is glad she can go to the internet for inspiration and reassurance. “The exchange of information you get through these online forums, it’s different from reading a book,” she says. “You can share your experiences and get feedback. There’s something wonderful about it.”

Taylor is one of many recovering addicts who have found solace in the internet’s magical communities. The sphere has exploded in recent months, in part due to curious folk who need an outlet during the pandemic. Reddit’s many witchcraft groups — most notably r/witchcraft and r/WitchesVsPatriarchy — have a collective membership of almost one million, and the hashtag #witchtok has over 20 billion views on TikTok.

“Witchcraft provides a connection with a higher power of your choice, without the baggage of dogma or religion.”

Together, internet-savvy witches are changing the face of magic and Wicca, a religion associated with witchcraft. Twenty-first Century practitioners wield incense, crystals, and sage sticks. They wouldn’t be caught dead with ancient signifiers like a cauldron or a broom.

Witchcraft offers a more flexible alternative to faith-based recovery programs that are rooted in Christianity, like Alcoholics Anonymous. “The 12 steps lend themselves very well to witchcraft,” says Sandra, a 35-year-old recovering alcoholic from Massachusetts who has been sober since 2017. “It provides a connection with a higher power of your choice, without the baggage of dogma or religion. But you can still get the solace of giving up control to the universe.”

Recently, users of the subreddit have asked about anti-addiction spells, ways to “banish addiction,” spells to help with a drinking problem, and whether a “cord-cutting” ceremony would aid in breaking a dependence on fentanyl. People involved in the community have faith that witchcraft can steer them through these traumatic times — and they are leaning on their fellow internet practitioners for support and guidance.

One person who found comfort in Reddit’s witchcraft community is T, a 38-year-old veteran from Arkansas.

T was injured during his service in Asia and left the military with spinal problems in 2007. He was given opiates to manage his pain, which led to a long battle with addiction. T got sober in 2015 and has since been diagnosed with a slew of mental health problems, including bipolar disorder and schizoaffective disorder.

“Because of my various mental illnesses, I’m really isolated,” says T, who describes himself as the “black sheep” of the right-wing area in which he lives. T first started researching witchcraft in the early aughts, after he developed a taste for occult and magical books. He found his way back to the witchcraft community after getting sober.

He credits that community with helping him to stave off loneliness. “It’s nice to have a space to connect with people,” he says. “I can go to r/WitchesVsPatriarchy, and I can open up, or I can encourage others. It feels really awesome.”

Another witch who frequents Reddit’s magical subs is Sandra, a 35-year-old mother and recovering alcoholic from Massachusetts who grew up with an alcoholic parent. Sandra had been “drinking to get drunk,” ever since her college days. She began getting sober after she had a miscarriage and was subsequently diagnosed with fertility issues.

Sandra credits witchcraft with enabling her recovery. “I’m working with a higher power to achieve an outcome that, frankly, I never saw as possible in my life,” she says. She believes the setting of intentions, something she does by connecting to the earth and sea through a broad range of rituals, help to keep her on track.

She even turned to candle-gazing spells — in which she stared at flames, thinking hard about what she wanted — to set the intention of having a family.

Sandra found out she was pregnant shortly after casting this spell, and now has a toddler. “That’s magic if you ask me,” she says.

Although it is tempting to see magic as a new-age solution for addiction, infertility, and other woes, witches know magic is not a cure-all. All the people who spoke to Input for this article, including Sandra, emphasized that their practice was psychological. This is something that the moderators of communities like r/witchcraft — an inclusive space with 270,000 members — are eager to highlight.

“Witchcraft really isn’t this ‘draw a circle in salt, light a candle, spin a cat over your head by its tail and suddenly all of your wildest dreams come true’ mystical hubbub that Hollywood makes it out to be,” nation543 says.

While the mods welcome people in recovery looking to learn about witchcraft, they want to make it crystal clear that magic is not a stand-alone cure. “It's really important that anyone with alcohol issues gets some form of treatment for addiction, whether that’s with AA or any other addiction groups,” says nation543.

Although witches like T, Sandra, and Taylor are all involved with and advocates for Alcoholics Anonymous, they still believe recovering addicts should consider witchcraft — especially if they’re struggling with rigid belief systems or feel like outsiders elsewhere. “Compared to other groups, witchcraft communities are more accepting and more open, and they don’t judge as much,” T says.

“The ritual will help clear my mind and start the healing process.”

Sandra concurs. “I don’t see as much bickering as I do in, say, some mom or hobby [subreddits],” she says of r/WitchesVsPatriarchy. “I feel like there’s so much inclusivity and lifting people up, instead of putting each other down.”

A lift is exactly what Taylor needs right now. Other non-monogamy practitioners haven’t offered much sympathy over her breakup, even in online spaces, and she doesn’t have a lot of family support in Tennessee. She’s hoping that her Halloween activities will help her move forward in a constructive and healthy way.

“I imagine we’ll do cord-cutting” — a ritual involving the physical cutting of a string that she hopes will aid in her psychologically severing ties with her ex. “It’ll help clear my mind and start the healing process.”

It’s certainly better than the option of drowning her sorrows. Taylor hopes that, in the future, the world will regard witchcraft as a legitimate, therapeutic practice, rather than an internet gimmick.

“I know there’s some concerns online about people doing witchcraft to get likes or not taking it seriously, now that it’s been mainstreamed,” she says. “But as long as something works for a person, we should all respect it.”