“This could have a real detrimental impact to small businesses. A thing that a bunch of tech bros sitting in a room thought was a good idea.” 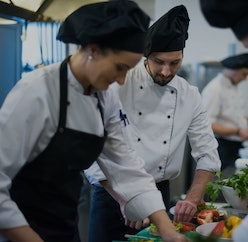 Update: In a statement to Input, Yelp said that it has paused automatic addition of the fundraiser and will make it easier for businesses to opt-out. Scroll down to read the full statement.

Yelp and GoFundMe's decision to slap automatic fundraisers on small restaurants that shut down thanks to COVID-19 is a "bunch of bullshit," according to Suckerpunch owner Andy McMillan. In a fiery Twitter thread and then a Dropbox recording titled "GarbageYelpIsGarbage.m4a," McMillan criticized what he found to be Yelp and GoFundMe's abject lack of foresight, consent, and general concern for small businesses. Input has contacted both companies for a comment.

Unintended repercussions — A fundraiser prominently displayed on a small business owner's Yelp page could inadvertently invalidate their insurance claim, McMillan said. In its official announcement, Yelp does not mention if it has factored in a business owner's personal requests for financial help at the city, county, state, or federal level, and how that could be affected by an automatic fundraiser.

Lack of clarity around charging fees — In addition to having no say in the matter, McMillan notes that GoFundMe and Yelp have yet to explain how their charging fees will work around this fundraising initiative. While Yelp claims that it does not receive "any portion" of the donations made, it does note that donations through GoFundMe are "subject to payment processing fees," though the exact amount is unclear.

"The pessimist in me is presuming that GoFundMe and Yelp have decided to set the fees probably above zero percent," McMillan explained in his clip, "and are using this as an opportunity to make some money on top of these automated fundraisers."

An agony to opt-out — Opting out certainly sounds like a pain when you listen to McMillan's experience. He notes that a business owner has to visit GoFundMe's website, submit a scan of his or her personal ID as well as their Employer Identification Number (EIN). "I would imagine that most businesses with employees would have an EIN but I am a small business and have not yet employed anyone," he said, "and an EIN is a required field."

At the time of this writing, the fundraiser for Suckerpunch has been removed after McMillan's repeated protest. But he notes that multiple other joints might be going through what he did. It doesn't surprise him, though, as he says it's the natural product of an "alpha, aggressive, sales-driven" culture.

Yelp's full statement: "On Tuesday, Yelp announced a partnership with GoFundMe to provide a fast and easy way for people to support their favorite local businesses by donating to a GoFundMe fundraiser directly on the Yelp pages of eligible businesses. In an effort to get businesses help quickly and easily, a GoFundMe fundraiser was automatically added to the Yelp pages of an initial group of eligible businesses, with information provided on how to claim it or opt out should a business choose to do so.

However, it has come to our attention that some businesses did not receive a notification with opt-out instructions, and some would have preferred to actively opt-in to the program. As such, we have paused the automatic rollout of this feature, and are working with GoFundMe to provide a seamless way for businesses to opt into the program moving forward, as we have received a great deal of interest and support for the program from both consumers and businesses alike."