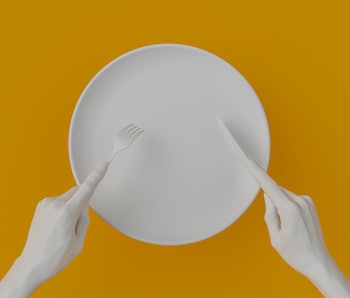 Yelp wants to improve dining experiences for foodies of all races. On the company blog, it announced that it will issue "racist behavior" stickers on establishments repeatedly accused of such conduct. "In the last few months, we’ve seen that there is a clear need to warn consumers about businesses associated with egregious, racially-charged actions to help people make more informed spending decisions," Yelp tweeted.

The move comes several months after the company came under fire for issuing GoFundMe buttons for small businesses without, the owners complained, ever consulting them.

The road to hell is paved with good intentions — While it is commendable that Yelp is trying to make restaurant hopping and food, in general, a pleasant experience for everyone based on equanimity, this impulse to slap labels of racist behavior on an establishment could backfire. It is highly possible that bad actors could use this to their own gain by falsely accusing a business of racially insensitive behavior. If you've spent two minutes on Twitter, Facebook, Reddit, and beyond, you'll notice that people who are not interested in racial equality tend to play around with the definition of "racism" as a trolling tactic. This can easily be replicated offline with business establishments.

As Input has repeatedly noted, tech's modus operandi of thinking in absolutes and offering computable "solutions" tends not to work. Solutionism, at its core, strips complex issues down to their bare fundamentals, removing key context, and it rarely helps when it comes to race, sex, or even the topic of difference in salaries and talking time, as previously reported. The subject matter of race is a deeply complicated and sensitive issue that may not necessarily be improved with a glaring title that reads "Business Accused of Racist Behavior."

Yelp says it will be careful — The company says, "We'll only escalate to a Business Accused of Racist Behavior Alert when there's resounding evidence of egregious, racist actions from a business owner or employee, such as using overtly racist slurs or symbols; and this alert will always link to a news article from a credible media outlet so users can learn more."

Hopefully, Yelp can go beyond app-based remedies and invest in bringing communities together on the ground by facilitating social events where both businesses and consumers of all backgrounds gather and celebrate differences as opposed to fearing them.