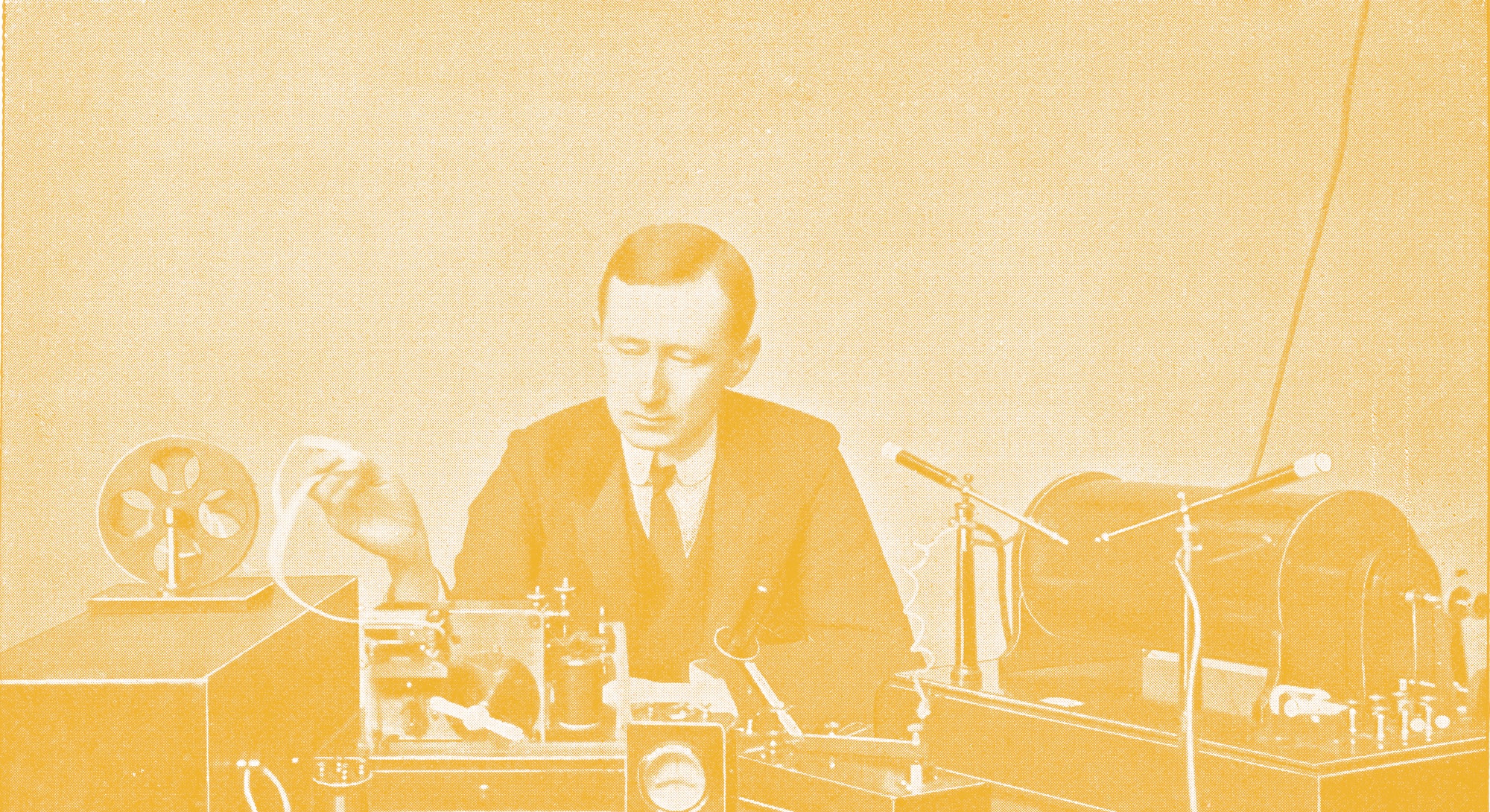 There are tiny corners of the web where people combine one interest with another (or more) to create odd, often intriguing, hybrids. One such internet-enabled hybrid is "You Are Listening To," a niche invention in the world of online broadcasting that combines hauntingly gorgeous ambient music with actual, real-time police scanners in the United States.

As of April 2020, youarelistening.to pulls in scanner chatter from almost 30 cities, making it a fascinating way to listen to the COVID-19 pandemic unfold across those cities. The service launched in 2010 and is the brainchild of Eric Eberhardt. It's an amalgamation of several familiar websites and third-party apps. The pictures of skylines that accompany each station are photos from Flickr. The tracks come from independent musicians on Soundcloud. And the police radio back-and-forth is facilitated by Broadcastify.

But it's not just music and chatter. It's accidental social commentary. Through youarelistening.to, Eberhardt shows us the multiple faces of technology: licensing, distribution, privacy, monetization, and surveillance. You are quite literally listening to a dispatcher inform a police officer of incredible — or, more often, mundane — incidents in people's lives. It is simultaneously humanizing and alienating; intimate and voyeuristic.

Alternatively, if you're not too keen on tuning in to the world of law enforcement and urban decay, you can choose instead to listen to the prosaic world of international airport air traffic controllers. Either way, the juxtaposition between the ethereal and the banal culminates in a beautiful and strange experience.

The website has been one of my personal favorites since 2016. In 2020, it's become the most obvious reminder that a deadly virus has changed life as I know it. Simultaneously fascinated and unnerved by the project, I spoke with Eberhardt about his brainchild as it nears its 10-year anniversary.

[T]he juxtaposition between the ethereal and the banal culminates in a beautiful and strange experience.

It all started with the San Francisco Giants winning the World Series in 2010. As mayhem struck the city, Eberhardt stumbled on the scanner feed for the San Francisco police shared to Twitter as, he recalls, "everyone was out partying, throwing stuff around in the streets." As a lark, he decided to play some music in the background — from jazz to electronic — while he listened to the city's law enforcement attempt to get the jubilant and drunken crowds to settle down.

Then Eberhardt chanced upon some ambient music. Initially, he had two windows open, one playing the police scanner while the other ran the music. But, after some brainstorming and a little tinkering, he launched his project on a single page with two audio player embeds: Broadcastify for the police chatter (unencrypted and accessible under the Federal Freedom of Information Act and its individual state equivalents) and Soundcloud for the atmospheric songs, running simultaneously. To test the waters, he threw the link up on Reddit, Metafilter, and other forums. It was an instant hit.

The station was such a success that youarelistening.to's popularity landed Eberhardt an ongoing monthly show on the U.K.'s NTS Radio. The unique power afforded by running a show where he could curate content while also having that content coming from unscripted sources became even more apparent to Eberhardt as the COVID-19 outbreak took hold.

"On youarelistening.to, I have zero control over what's happening. It's live audio and a giant playlist of music, and they collide," Eberhardt says. "But when putting together the shows for NTS, I have more control — I can pull in an audiobook or a weird recording of somebody describing their dreams."

Over the years, Eberhardt's project has become a quasi-witness to big and small events. "In the very first week this went live," Eberhardt tells me, "people were writing to me, 'I turn this on and immediately heard police respond to a shooting on my block.'" That type of synchronicity has always happened. A lot of people found out about [youarelistening.to] during Hurricane Sandy." As Sandy's trajectory shifted, so did scanner activity on the website. And through it all, the music kept playing.

Still, Eberhardt notes that the coronavirus is unique. "It's a hundred percent different now," he explains. "This is the first time that there has ever been anything that affected every single city everywhere in the world at the same time." Eberhardt hopes that youarelistening.to can provide some meaning — and even comfort — during these vexing times.

Police dispatchers, he explains, are like air traffic controllers. Despite the constant possibility that things could go very, very wrong on the ground (or in the air), both controllers and dispatchers remain composed during these calls, prioritizing what needs to be done and in which order. That's their job. And their tranquil tones have helped me make sense of this new pandemic-afflicted landscape.

Of course, it's a little jarring to hear an uptick in the radio scanner feeds of people experiencing chest pains and agonizing coughing fits (if you're a longtime listener, you probably noticed the shift in tone and frequency). But the anonymous dispatchers on youarelistening.to field these reports with a composure that is both calming and crucial during these times. Listening to them doing their jobs is far more grounding than watching theatrical digs and jabs between politicians on the TV screen.

Who knew the calmness of strangers could be so calming itself?

Eberhardt is aware of this effect on listeners, both new and old. He calls the air traffic controllers and dispatchers "an interesting part of this equation." In a world that is often excruciatingly uncertain and unprotected — especially right now — the scanner feeds and ambient music create a combination that reminds the listener of certain fundamentals it's easy to lose sight of: there are people out there trying to help, there are individuals trying to make sense of our upside-down reality, and the world may be a different place today than it was a few months ago, but these people are getting on with their essential roles, and are part of the efforts by so many to maintain a semblance of normalcy amid the chaos.

Eberhardt has a term for these voices; he calls them "zen masters." And I'm going to keep listening to them, both while this unprecedented global event unfolds, and long after. Who knew the calmness of strangers could be so calming itself?