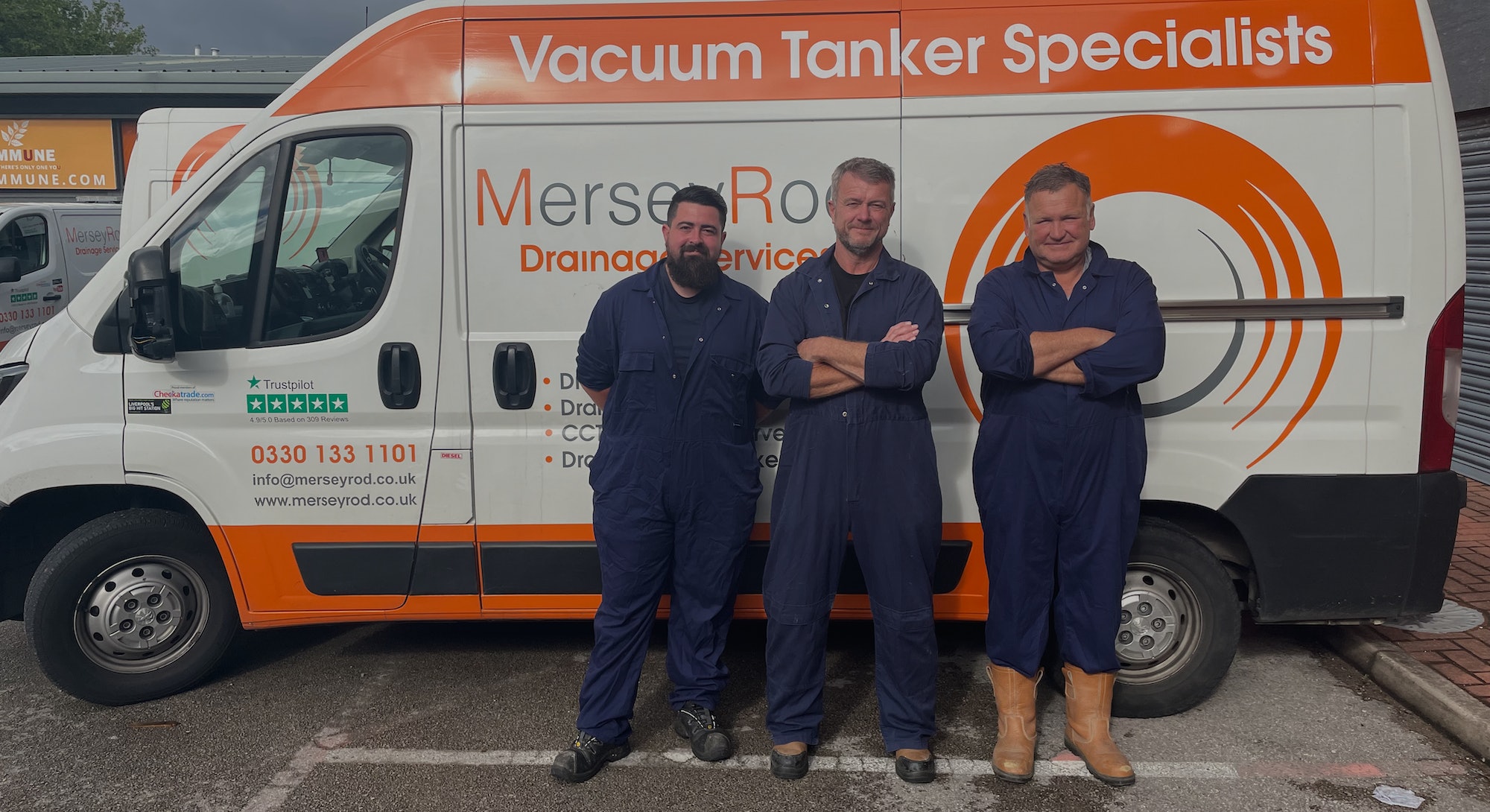 Back in fall 2020, Jamie Samuels — who is largely responsible for marketing at Mersey Rod Drainage services, a Liverpool, England business he launched with his uncle — decided to join one of the company’s employees, Andy, to survey a blockage the company had been called to fix.

When he arrived at the job site, near a corner shop in Liverpool, in the North of England, there was sewage everywhere.

“It was just horrific,” says Samuels, 23, who lives in London. “I was cleaning the drains out, and then Andy broke the blockage, and the entire manhole just emptied instantaneously. It was incredible to watch.”

The process was so riveting that even the family who owned the corner shop came to watch and were enthralled by the experience. “I was like, You know what? This is great YouTube content. It just kind of spiraled from there really.”

In the year and half since then, Samuels has been hard at work on The Drain Unblockers YouTube channel, which now has more than 50,000 subscribers. He uploads videos of jobs by the team — made up of plumbers Andy, Joe, Jem, and Warren — with titles like “Honestly Unbelievable, Must Watch - Money Shot at 5:14,” “FLOATERS GALORE!” and “SLOPPY Sewage Filled Manhole Unblock!”

Many of the videos have been watched hundreds of thousands of times, and the channel’s top clip, “Super Satisfying Deep Manhole Unblocking with Gush,” has attracted one million views.

Samuels is one of a number of creators behind drain-unblocking YouTube, a corner of the internet where plumbers share their dirtiest and most difficult missions, much to the delight of audiences worldwide. The niche — which is led by sewer-fixing giants like post10 and Drain Addict, both of whom have more than 500,000 subscribers and millions upon millions of views — provides plumbers with an opportunity to make additional revenue by monetizing their content and peddling merchandise.

According to Gavin Doran, a 43-year-old plumber from Queensland, Australia with more than 21,000 followers on his channel, Penetrator, YouTube’s drain unblockers are well-regarded for their problem-solving skills. “There’s a problem — a blocked drain — and then, when you clear it, it’s just a relieving feeling,” he explains.

His most popular videos show him extracting things like tree roots from drains, and his best performing video, titled “Blocked drain 52,” has been viewed more than 800,000 times. “I think people enjoy watching other people work and do something,” he adds.

Samuels also has some theories about why drain unblocking has proved so popular. “When they arrive at a job, there’ll be sewage seeping all over someone’s yard. You get a full life-cycle, from a miserable blockage to doing the job to the end where it’s completely clean,” he says. “It’s when you see something end-to-end, that’s where the satisfaction comes from.”

He also feels the unique format of his channel, which sees a team of men face the drains as a unit, rather than as solo acts, appeals to his audience. “I think it’s the camaraderie and the genuine relationships, because they really do all like each other. I think that carries through in the videos, and people like seeing those relationships,” he says. “You can relate to human beings. People like seeing that warm content.”

According to Paul Rozin, a retired professor of cultural psychology who still conducts research at the University of Pennsylvania, what really draws people in is the unique combination of disgusting sewage and being able to view it from the comfort of one’s own home.

“People enjoy doing things that their body is disinclined to do, in a way where they know they are safe,” he says. “When you’re watching someone clean out a sewer, your body is saying, ‘Get out of there!’ – but you know you’re really not threatened.”

Rozin co-authored a paper on this phenomenon — dubbed “benign masochism” — in which people get pleasure from consuming or viewing unpleasant things. “It’s like riding a roller coaster,” he says. “Your body is signaling that you’re plunging to your death, but you know that you’re not. That, as a certain mismatch, gives us pleasure.”

Drain unblockers are certain that if their viewers could join them at the manholes, they wouldn’t be as enthralled. “Possibly one of the worst moments of my existence was where I had to stick the drainage camera down the drain, but I forgot to bring any gloves,” Samuels says. “It was my bare hands pushing through human sewage. It was horrendous. That’s the less-glamorous side of things.”

Doran has also experienced his fair share of plumbing-related horrors. He tells Input that after years of being showered in sewage, he’s not too bothered by gnarly blockages he’s called to fix. But he doesn’t think many in his audience would be able to stomach them: “They just wouldn’t handle it.”

Top drain unblockers who regularly draw in millions of views per video and sell branded merch like hoodies and T-shirts online — such as post10 and Drain Addict — could be making even more. Doran also sells branded clothing through his website, although he did not disclose how much he makes in merchandise sales.

Doran adds that his online presence has had benefits for his IRL business. “It’s happening,” he says. “I went and cleared a drain for someone who saw me on YouTube, and I’m making a video for another person who found me through my channel. So I can see the potential.”

The weirdest benefit by far, at least in Samuels’ eyes, is channel star Jem’s new status as a sex symbol. “They have particular people, often women, commenting about liking them as individuals. There’s a Spanish woman who repeatedly comments on all our videos, and she definitely has a crush on Jem,” he says. “It seems watching people unblock drains can be quite romantic. There’s quite a lot of fan mail. People send chocolate and crisps — honestly, it happens quite a lot.”

Rozin thinks there could be something primal going on. “Going way back in our evolution, women would be attracted to men who did risky things — you know, powerful, good warriors and so on. This may be some offshoot of that. They’re doing something challenging,” he says, although he thinks this comes with a catch. “They wouldn’t want to have sex with them right after they came out of the sewer, but maybe — maybe — after they took a shower.”

Competition for adoring fans could be on the rise as more and more plumbers step up to get a piece of the action. Doran is thrilled at the prospect. “I might not be the biggest guy, but maybe I’ve helped contribute to opening this whole thing up. There’s other people enjoying it, they’re all showcasing the way they clear their drains,” he says. “I’d love to go back overseas. Maybe I could plan a holiday and stop in to visit someone who cleans drains, get some content. We would probably get along pretty well.”

Samuels, on the other hand, has his sights set on YouTube dominance. “I’m hoping to get a hundred thousand subscribers in the next 12 months,” he says, a milestone for which YouTube gives out its Silver Creator Award. Although he’s keeping his cards close to his chest, he’s confident he’ll wow viewers in the future. “I’ve got a brilliant idea of what to do when we get that silver plaque.”