YouTube has paid creators billions but still struggles with transparency 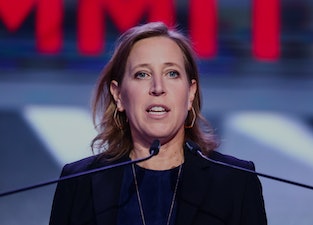 YouTube has big plans for 2021. The company's CEO Susan Wojcicki wrote in a letter reflecting on the past year about the video service's future goals and responsibilities, which include improving YouTube content guidelines. In 2020, those guidelines caused numerous uproars thanks to erroneously flagged videos, the challenges of automated moderation, and YouTube's difficulties grappling with the pandemic, and the disinformation, misinformation, and other nightmares that characterized the dying days of the Trump administration.

Newcomers' challenges — The pandemic changed the status of YouTube from a lighthearted hobby for many to a serious part or full-time gig. Thousands have attempted to create and monetize their own brands on the service, with varying degrees of success. Popular categories have included wellness, beauty, fitness, gadget reviews, and even religion, and other content.

In the first half of 2020, YouTube's daily livestreams shot up by 45 percent, and in the past three years alone, YouTube says it has paid its community of creators, artists, and media companies more than $30 billion. On top of that, the company is contending with ever-changing — and, at times unexpected — regulatory issues around the world.

YouTube as a job creator — YouTube's content creator ecosystem is responsible for generating GDP that's "the equivalent of 345,000 full-time jobs" in the United States alone, its CEO says. The website has contributed significantly to the United Kingdom and France's respective GDPs, in particular, but in all regions the company has struggled with one thing: its content guidelines, and keeping creators both on the right side of them, and happy with them.

With the COVID-19 pandemic, YouTube deployed aggressive automated moderation tactics to root out videos that were suspected of violating its regulations, especially exploitative content against its younger viewers. The broad execution resulted in some collateral damage. Wojcicki acknowledges this in her letter.

"Our policies are designed to protect our YouTube community against abuse and bad actors and also to make sure we are able to keep advertisers coming back to YouTube to support our creator ecosystem," she wrote. "But we recognize that at the scale we operate, it's hard for creators to keep up with changing Community Guidelines. And we also know that we make mistakes."

More transparency — Going forward, YouTube will exercise more "transparency" with regards to its content rules and promises a clearer appeal process for users. The company also wants to improve its inclusion efforts and has asked creators to share their background details like race and gender identity, if they wish to. Wojcicki also wrote that content surrounding COVID-19 vaccinations and other public health details will receive stricter reviews and any content that goes against regulations and "contradicts consensus from health authorities, such as the Centers for Disease Control" will be removed.